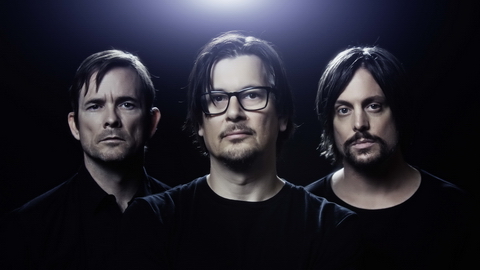 FAILURE, THIRD ACT CONFIRMED TO APPEAR AT SOUNDWAVE 2016 & RELEASES NEW ALBUM, THE HEART IS A MONSTER, OUT NOW

There are some bands out there that no matter how great their music is, they never quite get the recognition they deserve and ultimately fade into obscurity. More often than not, these bands usually influence a plethora of others that follow in their wake, and take a blueprint that was already laid down for them and achieve greater success than the original architects could ever dream of. Probably the most extreme example of this is a once little known alternative rock band from Los Angeles called FAILURE. You probably have heard their name in the past 2 years more than you ever did before, and you are probably wondering what all the fuss is about.

FAILURE formed in Los Angeles in the early ‘90s, releasing ‘Comfort’, their debut album, in 1992. ‘Magnified’ followed in the spring of 1994 with the band’s final offering, ‘Fantastic Planet’, released in 1996. ‘Fantastic Planet’ earned a perfect 5-star score from Alternative Press with the magazine saying the album was able “to breathe life into the corpse of contemporary, guitar-driven rock,” adding that the band was “willing to stretch the definition of both their instruments and their songs.” The 17-track album is considered one of the eras most influential and enduring rock records.

Over the years, FAILURE has become known as a “band’s band” whose songs have been covered by such diverse artists as A Perfect Circle and Paramore. Tool/A Perfect Circle singer Maynard James Keenan said, “Failure has been a huge inspiration to me. They say amateurs borrow and professionals steal. Well over the years this pro has robbed those poor saps blind.”

FAILURE returned from a 17-year hiatus in early 2014 with a single Los Angeles date planned. The show sold out in seconds which prompted the band to record a new album titled ‘The Heart is A Monster’. Critics and fans alike were both left with jaws touching the floor…

“The Heart Is A Monster, a sprawling, 18-track voyage… brilliantly picks up from where Fantastic Planet left off” – Rolling Stone

“The Heart Is A Monster is not only a stark reminder of why the band have been so influential but it also underscores their status as modern trailblazers.” – Alternative Press

“Failure’s sound has blossomed across the board. By reviving its the past, Failure has taken a most decisive step into the present” – Pitchfork

“And so, finally, this most original of bands are experiencing the kind of commercial and critical acceptance that alluded them for so long. Do yourself, and them, a favour; don’t miss out second time round.” – Metal Hammer

Failure join Dead Letter Circus and Bullet For My Valentine: Appearing at Soundwave 2016