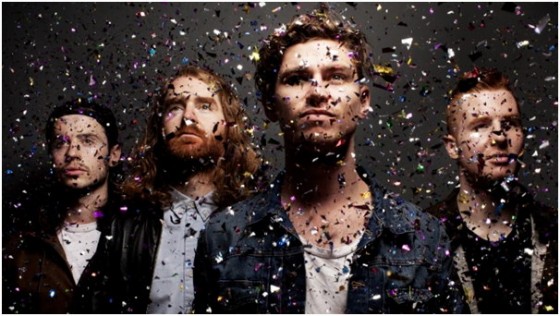 Them Bruins are BACK! Figuratively and literally! The boys behind such anthems as Heading for the Harrows, Outrun The Future & Black Widow are fresh off an ear-splintering sprint to the States where they wowed unsuspecting Yankees at the awesome and aptly named CMJ music conference. Them Bruins made all the right impressions with a slew of reviews that make even the most hardcore of rockers blush;

After a week chock full of shredding infamous shows like ‘The Aussie BBQ’ inhaling burritos and general unexpected wardrobe-related mayhem the guys packed their swags and headed back to Oz. Back here on these fine shores, things don’t slow down for Melbourne’s

“Best night out of your life” rock band.

The boys will be hitting up stages all over Melbourne city including their Tuesday Night Residency at Cherry, Brunswick’s sexiest seedy night out – the Penny Black and touching base with everyone’s favourite former whaling colony Warrnambool at The Loft.

Make sure you get down to check out the guys on the following dates;