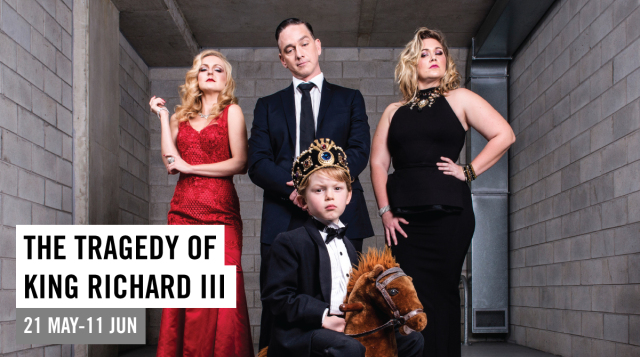 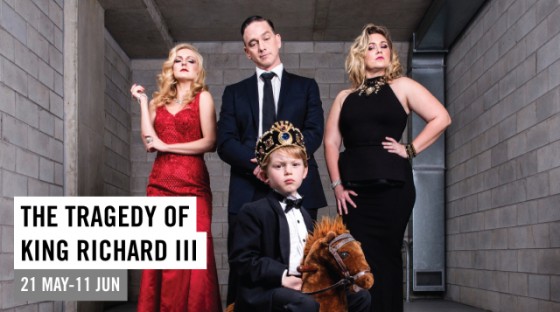 If the purpose of theatre is not only to entertain, but to make us think and begin conversations, then the latest play The Tragedy of King Richard III at La Boite does just that.

The tragedy of history is that it is all too often written by the victors in a biased light with essential facts quite often left out. Key characters slip beneath the immortal cracks of time to be either forgotten, romanticized or made into something they are not.

When his body was discovered in a car park in 2012, the myth that surrounded the man who was thought by history to be a monster and villain was suddenly something that needed to be rethought. Was Richard really the mad King that Shakespeare portrays who murdered his rivals in order to seat himself upon the throne, or was he merely a man with too much ambition?

The Tragedy of King Richard III aims to ask those questions in this performance, bringing to light the boy, the woman Anne who loved him and the Bard that demonized him in history’s eyes. As the performance is orated by a number of cast members it examines the falsehoods that we have come to believe over the last 500 years since Richard was slain in battle, ending the War of the Roses.

With the performance we are asked as an audience to use our imaginations, to agree to disagree and most of all to think. Not following in any kind of chronological order the play flicks from idea to idea with rapid pace, the actors and audience almost mentally running to keep up. Props fly, swords cut the air and events that never happened are written in to flesh out a man who was more than just his deformity.

With exceptional performances from all of the cast as they switch between different roles, it’s when Todd McDonald wraps an Elizabethan collar around his neck and becomes Shakespeare that the immensity of these roles is realised. As rain pours down upon him, the Bard hashes out the plot of his famous play its here that McDonald shines, his performance truly memorable and inspiring.

The challenge of the performance is to bring to life Shakespeare and modernise it, make it tangible for audiences that are more used to reality TV whilst being engaging. It’s a big task to bite off, but it works. Performances are timed perfectly, fight scenes blocked and choreographed expertly and dialogue that makes you pay attention. This is not theatre for the viewer that wants to sit and be entertained, this is theatre for the thinker.