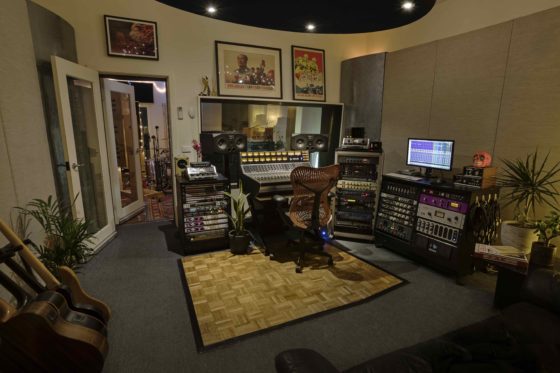 Since its inception in 2007 ‘The Studio’s In The City’ has been home to some of Australia’s finest acts, producers and engineers.

At the helm for the past decade has been none other than founding Shihad member, legendary producer, VVV Mgmt (Killing Heidi, The Vanns, Dear Seattle, Darren Middleton, Eliza and the Delusionals) and Signal Artist Development Accelerator head honcho plus general all round top bloke Tom Larkin. “I founded the studio’s in 2007 when I happened upon a project studio for long term rent – I moved a ramshackle amount of equipment in there and began work straight away on the debut album for a band called Young & Restless, that record went on to win a J award for Unearthed Album Of The Year”. Known for its nurturing environment, the studio has garnered a well-deserved reputation as the best in the biz;

“I’ve been lucky enough to have worked in some of the world’s most renowned studios, yet nothing really compares to the warm, welcoming and creatively nourishing environment. I feel very much at home there” Matthew Wright The Getaway Plan

“Tom Larkin is one of the best producers I’ve worked with. He’s someone who listens and understands your dreams and hopes for the project, and he’ll make you work hard for it. He knows what you’re capable of, even when you don’t think you have it in yourself. I recall many times when he heard ‘magic’ in a take when no one else picked it up or intended for it. He brings the best out of you and each member of your band. He’s got an incredible approach to producing — he somehow understands your poorly articulated ideas and knows what to do to execute it in a technical sense. He’ll make things sound HUGE. He’ll humour your ideas but he’ll also let you know if something is shit. Young & Restless’ debut album received the inaugural Triple J Unearthed J Award & SOYA Award and High Tension’s ‘Death Beat’ album received an ARIA nomination for best heavy album — not a coincidence that Tom produced both of these”. Karina Utomo High Tension

A recent upgrade to the the API 1608 console takes Homesurgery Recordings to yet again another level; “The sonics of the API 1608 make it feel like the console was tailored for Homesurgery. Wide and punchy has always been our M.O and this thing delivers in spades. It is also remarkably easy to use when you consider the wealth of on-board features it provides, and its plug-and-play nature makes it a phenomenal creative tool” Jon Grace. Producer/ Mixer Samuel K elaborates”As a fan of big bass, huge punch, distortion on everything and a massive stereo image, the API suits me perfectly. I felt a connection with the thing as soon as it arrived and that connection continues to grow with each session. We’ve been through a lot of center stages at Homesurgeryand the API is the first one that made the studio sound bigger. Like, ‘holy shit!’ big.”

Homesurgery Recordings borrows from the legacy and experience of the past decade, with killer gear, in a great room, allowing artists imagination to take flight. “We have now arrived at a point where that manifesto now flows through the whole studio, it made sense to refocus the team and the studio under the ‘Homesurgery’ banner. Its a name that speaks to both the our collective respect for craft and detail, through to the ethos of providing a comfortable. relaxed and creative environment around the artist “ Tom Larkin.