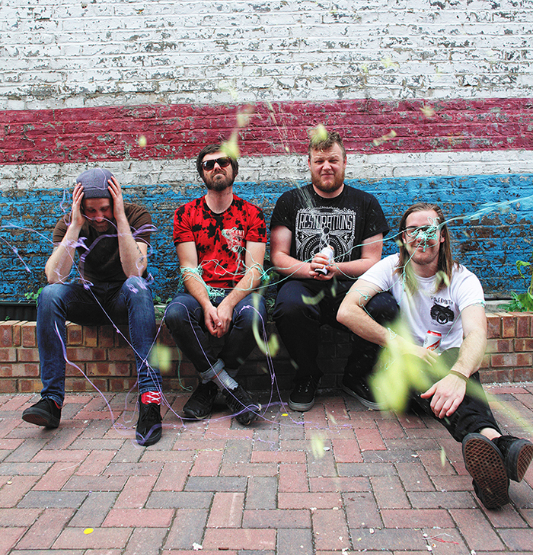 In what has been a stellar year for the group, in which Throw Me In The River has received universal praise, been crowned triple j’s album of the week and debuted in the top 20 of the ARIA chats, 2015 will be much of the same for the band, already filling their calendar with national and international tour dates, including a second appearance at Belgium’s Groezrock Festival.

The extensive 24 date Get High, See Everyone national tour will see shows in every state and territory in the country, including regional areas and features all ages shows in most capital cities. The tour will have the band meet up with Toronto-based punk band and Side One Dummy Records label mates PUP and old friends in London trio Great Cynics, of whom they toured the UK with in 2013. Both bands will be making their debut appearances in Australia. Opening all shows are Melbourne’s rising grunge rockers Apart From This.

With much of Throw Me In The River written whilst on the road, ranging from North America to mainland Europe, the UK and Australia, it’s only fitting the band returns to the cities the songs were crafted in, and what better place to start another year of intense global touring than in the Australian summer.

THE SMITH STREET BAND – THROW ME IN THE RIVER – OUT NOW
www.thesmithstreetband.com
www.poisoncityrecords.com