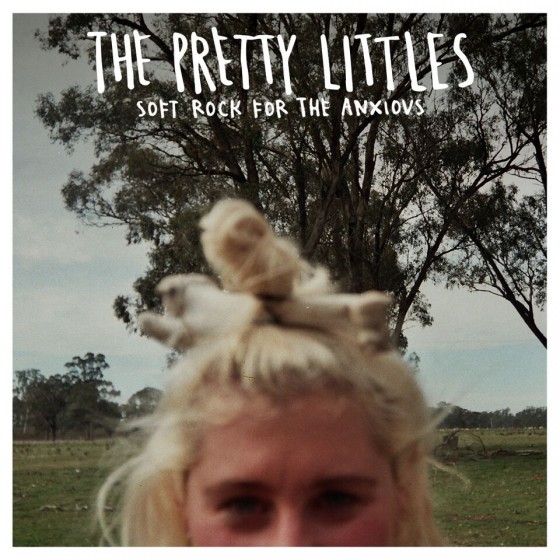 Melbourne’s cheeky independant rock rascals, The Pretty Littles have slipped a sneaky single past the keeper, releasing the follow up to their much-loved slow-burn anthem, Pride. Sleeping In Water is another signature Pretty Littles gem, heartfelt and deeply unpretentious, it’s a brutally honest love song guised in lo-fi garage grunge.

Forthcoming LP ‘Soft Rock For The Anxious’ is the band’s third album, and the culmination of many months of intermittent writing and recording. Showcasing The Pretty Littles’ signature lighthearted larrikinism, the album is not without it’s thoughtful moments though they are rarely acknowledged live on stage where the band are too busy geeing up a giddy audience to be particularly stern.

The Littles, usually inclined to drip feed music and hit the road on a whim, record on occasion and tour sporadically, have been uncharacteristically regimented in 2016. The release of Pride and it’s instantaneous uptake by FBI, 2SER, 4zzz and triple j precursored a partnership with 123 Agency and a tour with beloved rockers The Delta Riggs this winter.

The intrepid foursome even found themselves in the thick of political controversy in June when their track Sam’s Mob perfectly articulated what a large slab of the football world felt following Eddy McGuire’s distasteful comments about footy journalist Caroline Wilson.

Audiences Australia-over will be privy to such a show later this year as the band take in Ballarat to Manly, Byron Bay and more on what is more than likely to be a debaucherous run of dates. Tickets on sale now via theprettylittles.com.

THE PRETTY LITTLES
SOFT ROCK FOR THE ANXIOUS ALBUM TOUR