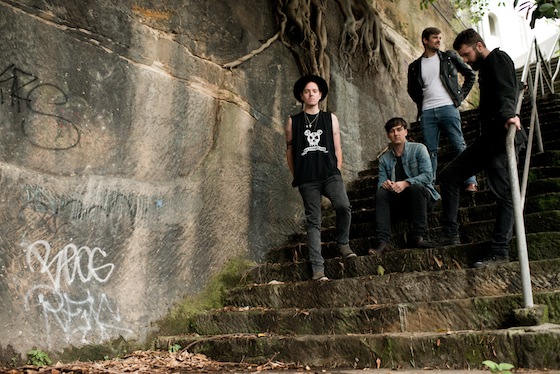 Emerging from a 2013 full of writing and touring alongside the likes of The Cribs, The Jezabels, DZ Deathrays, and Ball Park Music,The Owls stand poised to cement themselves as sonic architects with the release of Kraków, the first cut from their forthcoming EP, Own the Streets.

Kraków is the next chapter in the evolution of The Owls. Produced by the expert hands of Lachlan Mitchell (The Jezabels), the track came together at Jungle Studios in Sydney’s Annandale closet, bringing all the old influences (Black Rebel Motorcycle Club, Kasabian, The Strokes) together with a highly evolved, dynamic sound, underscored by howling guitars, pulsing rhythms, and electric vocals.