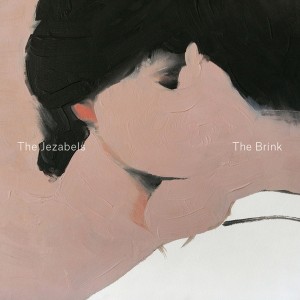 Ask Hayley Mary of The Jezabels what the difference is between complexity and accessibility in pop music, and she doesn’t miss a beat. “There isnʼt one,” says The Jezabels front woman, “or at least, there doesn’t need to be. To me, pop is the darkest music of all. If you look not at what pop artists are consciously doing but at what they’re reflecting about the world, pop is the most twisted, weird and scary stuff. If you wanted to study the Earth from an alien perspective, listen to pop music.”

The Jezabels are arch players of this contradiction. With The Jezabels there’s always a twist and they delight in toying with the darkness that somehow cloaks us all and yet channel it into songs that are layered with bright, chiming seams of pop.

The Brink is their second album (due in store January 31st 2014 independently through MGM Distribution) and it was summoned from a dark place; despite the outstanding success of their masterful trio of debut EPs and then their first long player, Prisoner, which catapulted them from indie kudos to full blown mainstream success (No.2 album, the Australian Music Prize Best Album award and a staggering, 8 ARIA nominations). The two solid years of international touring played a huge part in forming the abyss that welcomed the band when they pulled into their new base, London, at the end of that marathon cycle of gold, platinum, headline sold-out shows and festivals.

“We played between 180 and 200 shows last year and it was possibly a bit extreme,” says Hayley. “But the low came from not performing. We basically had a year off and I realised how much I live to do shows. For me, writing is the self-deprecating, self-loathing stage. We all had our reasons for feeling low at various times, but I felt like I was on the brink of a lot of things on this album. Some of them good, some of them bad: youth and age, alternative and pop, giving up and pushing through. I guess hope is part of that. And also fear.”

The End is the first single from The Jezabels’ new album, is a sweeping pop tune that soars to the epic heights the band have become known for, recorded in London England, under the guidance of producer Dan Grech-Marguerat (Moby, Scissors Sisters, Lana Del Rey, Keane, The Vaccines, The Kooks)

“A song about a time that I think we all reach at some point in our lives, where you are not sure you can go on, not sure that you have anything left to give. When you’re on your knees asking yourself, Is this the end? If you don’t ultimately want to say ‘yes’ to that question then you know you still have something to give, and you just have to get on with living.” Hayley Mary

The Brink is an album of songs that manifest all of those emotions into vaulting ambition. It is an utterly fearless record of youthful optimism achieved through hard won experience, taut with gleaming hooks, indelible melodies, all hammered out by a tight-knit band through dark days in a strange new city.

The Jezabels are currently on tour opening for Depeche Mode for a run of UK arena shows this November, and will wrap up the year with a handful of supports for American alt rock legends The Pixies through the UK.

The Jezabels will be playing all dates of St Jerome’s Laneway Festival 2014, ticketing details can be found here: http://lanewayfestival.com/

The Brink will be available in store and digitally, independently through MGM Distribution January 31st 2014.

CLICK HERE for all our reviews and photos of The Jezabels