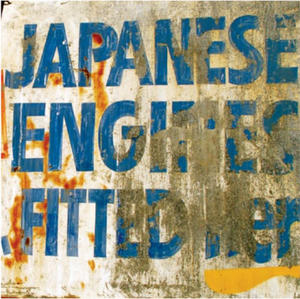 Longevity was probably not high on the list of adjectives when describing The Fauves back in their heyday of the late 90s. They were one of the numerous guitar pop bands riding on the coat tails of Triple J nationalisation, laying claim to a niche which polarized the audience – snarky, cynical lyrics under laid with a straight-edged, post-Seattle dirge. Poking fun at itself as much as the scene it worked within, the band was undoubtedly voted the act least likely to see the end of the decade.

Seeing its name pop up in random gig guides intermittently throughout the next two decades was, then, always greeted with a curious cock of the head and the inevitable wonderings about how they’re still around. Ardent fans lifted them to a cult-like status, and reviews always pegged them in the “criminally under-rated” category.

It’s true to admit, though, that they never set the world on fire, instead settling for painting realistic, unromantic suburban vistas. The fact that those vistas can continue to provide inspiration and direction for now 10 studio albums is testament, then, to the band’s ingenuity and doggedness.

Cue its new long player and, hardly surprising, it’s not much of a deviation from the twang and spunk of most of its career to date. “Don’t Say When” kicks off the record and welcomes the listener immediately into the fold – that of a comfortable, if a little naff, suburban idle, complete with mini dramas and battles. Singer Andrew Cox’s laconic drawl, perhaps slightly grainier than before, is a piece of nostalgic homily and lends itself well to a warts-all-assessment of life as a rapidly ageing single bloke: “Give it time, you will find, I will do whatever you want”.

“Ride On Woman” is a nice, late-night FM radio ditty with a bittersweet edge. “You’re My Type” could easily be straight from their late 90s repertoire, with a soft-loud-soft dynamic pulling the song along. The wit may have subtled with age – there’s no “Dogs Are The Best People” – type statements – but it’s still lingering in the background: “You’re my type / apart from several minor things”.

The album draws out through the middle, possibly the casualty of a punishing 4 day recording session where all of the tracks for this album, and a follow up, were laid down. While not exactly rushed, there’s a certain workman-like attitude in the middle chunk. It’s salvaged somewhat by a lackadaisical and deliberately underwhelmed travelogue tome in “The French”. “Give That I Might Grow” continues a loose theme draw throughout the album – that of Coxy’s newfound singledom and trying to attract a mate in his 40s – by painting an endearingly shocking portrait of what’s really going to happen once the sheen of the fibs on the online dating ads wears off: “Let’s sit on the couch, and watch the news scroll across the screen”. Like much of the lyrical content, the simple wincing truth of it immediately draws a defensive smirk and you’re once again drawn into the plain romance of the narrative.