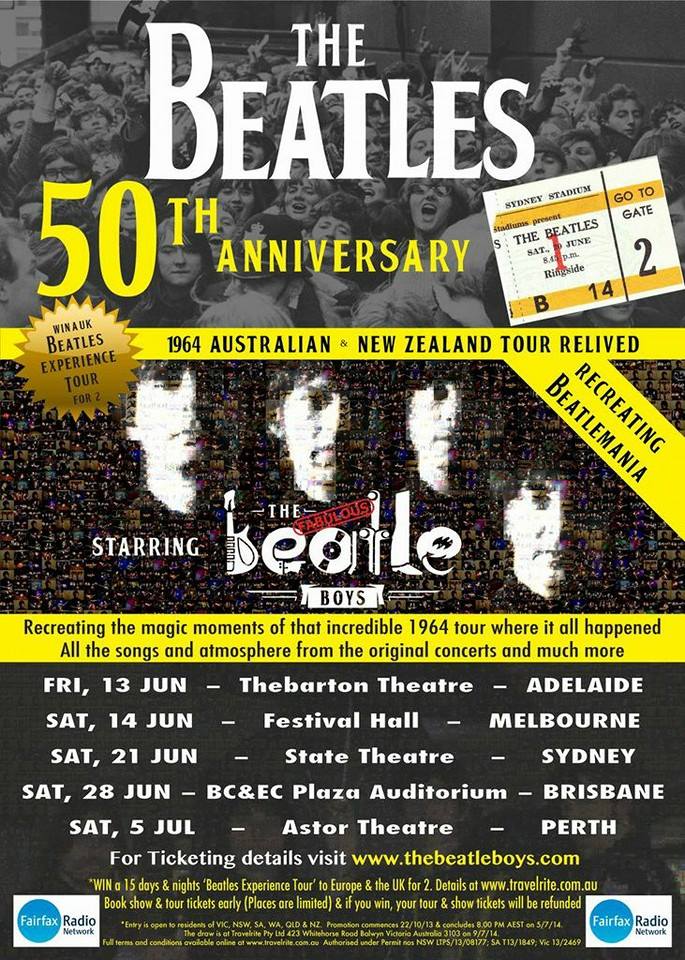 The 50TH Anniversary of the most memorable music tour Australia has ever seen or is ever likely to see again; the Beatles one and only tour of Australasia in 1964.

The world’s premier ‘Beatles’ band, The Beatle Boys, will replicate that first tour itinerary, playing some of the same venues and on the same dates. The original shows will be recreated; the songs, the outfits, the atmosphere. Audiences will be encouraged to help recreate the atmosphere; to scream, shout and jump about. It will be like the experience of seeing The Beatles for the first time, twice if you were there in 64’.