The Strums launch their debut EP @ The Beetle Bar, Brisbane on November 25th and they’ve lined up some of their oldest friends who coincidentally play in a few of the coolest rock n roll bands in Brisbane – The Mercy Beat, Bang Bang Boss Kelly, Get William – to help them celebrate… There might even be some sneaky DJ sets between the bands.

:: What track changed your life ::
The Smashing Pumpkins ‘Today’ (My cousin locked me in his room with this at full volume and I thank him for it now.)

:: Name a band or artist we should checkout ::
My Echo

:: Favourite Quote ::
Bite off more than you can chew then chew like fuck.

:: When on tour, you can’t live without ::
A single bed with Dan

:: When you think of Australia, you think ::
Love

:: Worst thing to happen to music is ::
The internet

:: Best thing about the current music industry ::
The internet

:: When you were younger you wanted to be ::
A professional surfer touring with a rock and roll band.

:: First album you ever bought ::
Eskimo Joe ‘self titled EP’

:: First concert you went to ::
The Living End (1999) opened by Eskimo Joe and Stereophonics

:: Favourite book ::
‘Don’t Tell Mum I Work On The Rigs… She Thinks I’m A Piano Player In A Whorehouse’

:: The best boredom buster is ::
Learning Magic, coming up with a list of hat gestures, turning off the TV.

:: The best film you ever saw was ::
Punk Attitude (Don Letts)

:: Your ultimate snack is ::
Tomato sauce and mustard mixed together and then you hook in with some corn chips.

:: The first thing you do when you wake up is ::
To be honest generally I accidently kick my toe on the end of my bed while singing ‘Oh Danny Boy’ as low as I can.

:: Your biggest aspirations ::
Living fast and dying old and in love. 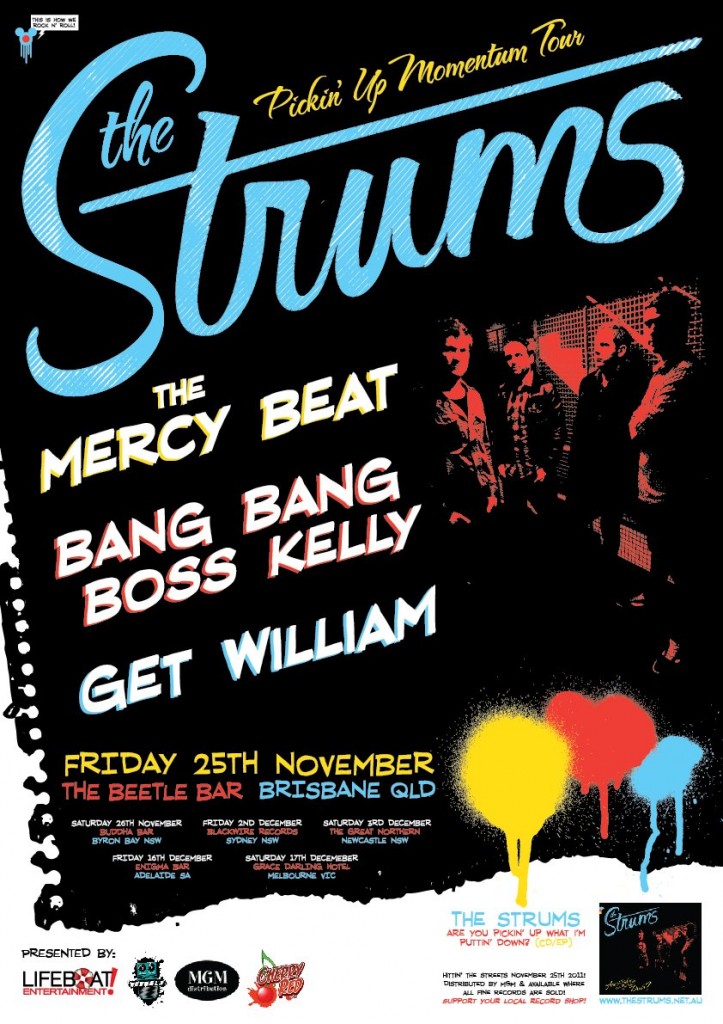