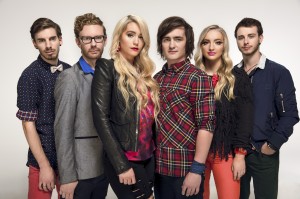 Brisbane band Sheppard are proud to announce their signing with historic British record label Decca Records (backed by Universal Music worldwide) – the original home of international icons such as The Rolling Stones and Tom Jones.

The first Australian band ever to sign with Decca (which was founded in 1929), Sheppard are heading to North America next week to finalise the worldwide release of the new single “Geronimo” which is impacting radio around Australia now and debuted this week at #31 on iTunes.
END_OF_DOCUMENT_TOKEN_TO_BE_REPLACED