END_OF_DOCUMENT_TOKEN_TO_BE_REPLACED

Junk was received with critical and public acclaim, reaching the top 10 on the AIR charts and granting the eclectic Brisbane-based band accolades including ‘Best Rock Song, ‘Best Folk Ballad’ and ‘Song of the Year’ at “Q Song” – Queensland Music Industry Awards in 2008.
Now, on the back of a successful string of 2008 gigs both here and in the US (including appearances at Musicexpo (LA), Gympie Music Muster, Woodford Folk Festival and The Big Day Out), The Gin Club are ready to hit the road, complete with brand new songs to unleash on anticipative audiences.
END_OF_DOCUMENT_TOKEN_TO_BE_REPLACED

The Gin Club are a Brisbane-based musical collective who have been performing since 2003. Their self-titled debut album, recently released through Plus One Records and distributed by Reverberation is an eclectic mix of traditional folk, blues and country styles, featuring five distinctive song-writing voices backed by cello, accordion, piano, acoustic and electric guitar, drums, harmonica and saxophone. Their influences include Hank Williams, The Band, Bob Dylan, Crowded House, and Neil Young. Live, they often perform covers by Will Oldham, Spiritualized and The Rolling Stones.

The Gin Club have performed extensively throughout Brisbane and have recently completed a tour of New South Wales with Sydney’s theredsunband. Their growing reputation as a powerful live act has seen them gain support slots for international artists Papa M and Iron & Wine, and Australian heroes You Am I. They have also been featured in TripleJ’s Aus Music month program as part of the ‘next crop’ of Australian artists. 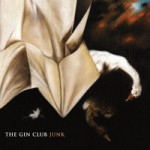 JUNK
Buy Now! Available from Plus One Records 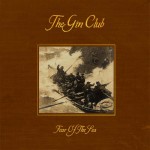 Fear Of The Sea
Buy Now! Available from or Plus One Records 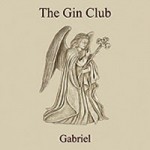 Gabriel + Drugflowers
Buy Now! Available on or Plus One Records 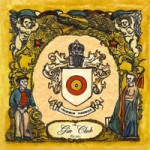 Self-Titled
Buy Now! Available on or Plus One Records