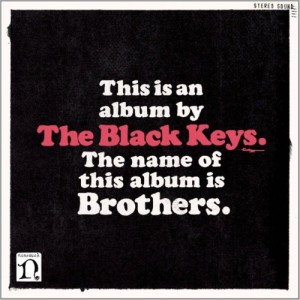 The pair has been rather busy as of late with guitarist, Dan Auerbach dropping a solo album while Patrick Carney produced the aptly titled side project, Drummer. The boys then collaborated with a bunch of rappers for the hip-hop record, Blakroc.
END_OF_DOCUMENT_TOKEN_TO_BE_REPLACED