New single ‘This Too Shall Pass’! from the new album “Of the Blue Colour of the Sky” available at

Directed by James Frost, OK Go and Syyn Labs. Produced by Shirley Moyers. The official video for the recorded version of “This Too Shall Pass” off of the album “Of the Blue Colour of the Sky”. The video was filmed in a two story warehouse, in the Echo Park neighborhood of Los Angeles, CA. The “machine” was designed and built by the band, along with members of Syyn Labs ( http://syynlabs.com/ ) over the course of several months 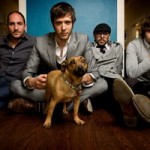 With little requirement for much control, the friendly crowd seemed slightly at odds with the size of the police force throughout the weekend. Officers walking sniffer dogs through festival grounds among the punters simply enjoying their lunch was an unusual sight. Though despite their numbers and high visibility, police were friendly and relaxed. Security were equally laid back in general.
END_OF_DOCUMENT_TOKEN_TO_BE_REPLACED 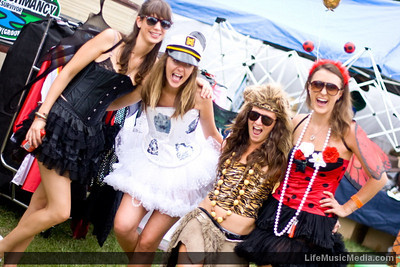 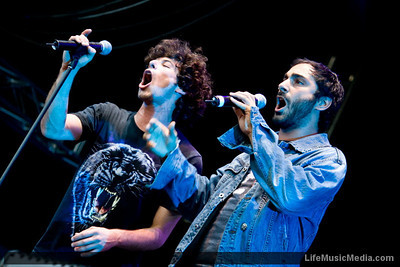 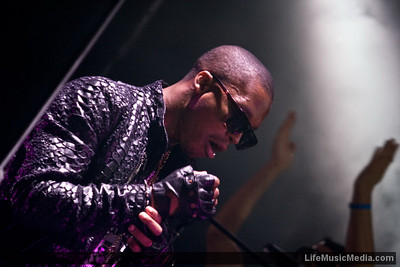 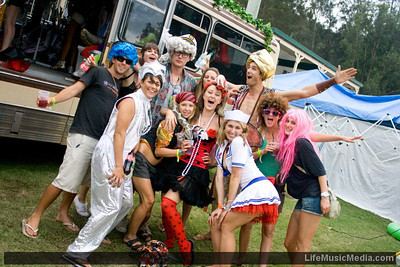 END_OF_DOCUMENT_TOKEN_TO_BE_REPLACED

At the tail-end of OK Go’s European tour, lead singer Damian Kulash braved a Danish snowstorm at 2am for a conversation with LifeMusicMedia about the colour blue, his love for Australian butter and the importance of body part insurance. Oh, and also why their latest album, Of the Colour of Blue, sounds so different from anything they’ve done before…

END_OF_DOCUMENT_TOKEN_TO_BE_REPLACED

“Any festival that requires a ferry crossing to get to is a good festival as far as we’re concerned. The line-up is amazing, but it’s the ferry ride that really stokes the fires of our childish desires”… Jake Stone – BLUEJUICE

TICKETS SELLING OUT
Four-day camping tickets + early bird and members tickets have completely SOLD OUT.
There are only 200 1st release tickets left so get in quick!

ACCOMMODATION SELLING OUt
Houseboats and cabins have completely SOLD OUT.
There are only 20 campervan spaces left! Book now for Tent Hotel or Tipis.

BLUEJUICE
Sydney’s BLUEJUICE are the ultimate complement to the Playground Weekender lineup – perfectly epitomizing the festivals maverick, eclectic feel. Whilst fundamentally a rock band, they also stir into their pot a mixture of hip hop with pop, ska, punk and disco.

It’s been a huge two years which as seen the band break into the top of Triple J playlists with favorites ‘Vitriol’ and Reductionist’, before becoming global internet sensations with their hilarious skipping video for the hook laden cross over hit ‘Broken Leg’, which went onto be a top 30 ARIA hit with two ARIA award nominations. As unpredictable as a day spent without taking your medication, BLUEJUICE put on an infamously energetic live show…

OK Go wrote the book on how to turn a creative low budget video into a viral Internet phenomenon. The video for ‘Here It Goes Again’ saw OK Go pull of some incredible synchronized dance moves on multiple treadmills. It became one of the most watched videos of all time with over 49 million view on YouTube and a 2007 Grammy Award for ‘Best Short-Form Music Video’. That exposure helping the track break the Top 40 in both the US and the UK. The four piece are getting ready and set to go get you dancing at Playground Weekender!
‘Here It Goes Again’ (Treadmill video) http://www.youtube.com/watch?v=pv5zWaTEVkI
‘A Million Ways’ (Backyard video): http://www.youtube.com/watch?v=M1_CLW-NNwc

NICKODEMUS (NEW YORK)
A mainstay of the New York underground, NICKODEMUS is a DJ and producer who co-founded the now legendary Turntable on the Hudson (the longest running weekly party in NY) parties with the simple edict of playing “music with soul”. NICKODEMUS will be bringing his ‘spinning at sea’ set to Playground Weekender blending Latin, Afro-funk, hip-hop, big beat, house, funk, reggae, broken beat, soul and more.

LOST VALENTINOS
Formed in Sydney in 2005 LOST VALENTINOS quickly established themselves as one of the hottest acts in on Australia’s indie scene. The immediate success of their self tiled EP, and the follow up ‘Damn & Damn Again’ nailed their reputation as a gang of rogue’s intent on forging their own original sound. Current single ‘Serio’ is out now and taken from their debut album ‘Cities of Gold’. With punk intensity and noise-drenched melodies, a LOST VALENTINOS set is for young adventurers seeking a new treasure. Dig deep with them at Playground Weekender!

KING TIDE
Renowned for their brilliant high-energy shows, KING TIDE have earned their fan base on the live scene. Using reggae as the compass guiding them to new and wonderful musical lands. Renowned reggae and roots influenced band, KING TIDE are the first Australian band to be signed to prestigious UK record label, Urban Sedated.
“I love me hip hop but Reggaes me life. We’re gonna have a Reggae party tonight.” Tony Hughes.

Time for a change of scenery? It’s time for THE HOLIDAYS. After only a handful of shows, Sydney’s FBI radio latched on to the band, then Triple J put them on high rotation with their self titled single. THE HOLIDAYS ball had begun rolling in a big way. They soon achieved airplay on several eagle-eyed US stations, which led to the ‘Artist of the Week’ billing in influential US trade publication A&R Worldwide. They are very much a band in the ‘next big thing’ bracket. We are sure you won’t be disappointed by their performance at Del Rio Resort.
“We play every gig like it’s our first gig’’ said Will Magnus.

With the stellar line up, Australia’s largest fancy dress party, houseboats, tipi’s and wine bars under the stars, don’t miss out on getting your tickets now!