BIGSOUND Live continues tonight, so get along a check out the fantastic bands on show!
Full Details at http://www.qmusic.com.au/bigsound/2013/ 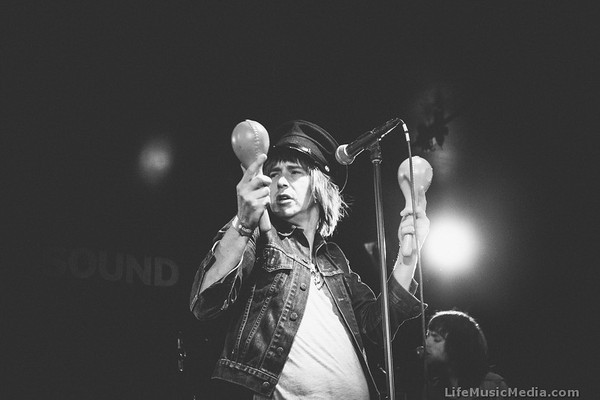 END_OF_DOCUMENT_TOKEN_TO_BE_REPLACED

With an expected aggregate attendance of 120,000 patrons, Woodford has evolved into one of Australia’s largest and most iconic festivals. Despite its large size, the festival has retained its grassroots, non-commercial feel. It is popular with all ages, and the ‘brilliant’ festival atmosphere is the most highly rated aspect of the event in visitor surveys. In addition to the 620 acts performing across 22 venues (all indoor except for the large amphitheatre), the festival streets are alive with roving street theatre, parades, art and spontaneous performances day and night.

At the heart of the Woodford Folk Festival is the 500-acre festival site, Woodfordia, a regenerated cattle property that has become the living, growing expression of thousands of people who have contributed to the cumulative vision of a cultural parkland and subtropical arboretum dedicated to the arts.

The musical line-up this year captures the very essence of this ‘folk in spirit’ festival, just a few of the highlights include The Cat Empire, Kate Miller-Heidke, Katie Noonan and The Captains, Blue King Brown, Tim Freedman, Archie Roach, Mama Kin, Jeff Lang, Lior, Microwave Jenny, Dubmarine, Felix and The Phoenix, Hermitude, Marshall and The Fro, Cumbia Cosmonauts, The Barons of Tang, Basement Birds, The Break, TinPan Orange, Vika and Linda Bull, Christa Hughes and The Honkytonk Shonks, Flap!, Tijuana Cartel, Drawn from Bees, The Chemist, Leah Flanagan, kooii, Laneous and The Family Yah, Radical Son, Jackie Marshall, That 1 Guy, The Little Stevies, Shane Howard and his Band, Yeshe and You Am I.

The GreenHouse venue talks the walk of the environmental ethos that underpins the Woodford Folk Festival. Have your green Myths busted, meet green Innovators and make an educated choice about the next ten years of climate change. The Great Green Debate at the Concert stage examines The Spirit of Resistance (still) Lives! To fan The Flames of Discontent, Professor Ian Lowe will join Jack Mundey along with green activists, unionists and historians for a forum on the Green Bans of the 70’s.

Folklorica presents an incredibly rich tapestry of the sacred, traditional and ceremonial drawing on the diversity within our Australian culture. With Genghis Khan’s Songlines take a journey along the Silk Road, join a Gypsy Wedding, and revere the powerful voice of Jamyang Dolma from Tibet. ABC Radio National’s presenter Geoff Wood has programmed The Rhythm Divine, a selection of sacred music artists based in Australia.

At the opposite end of the spectrum is Disturbia 2, go forward to 2525 humans have evolved into a new species of Pumans, part pig part human …

Make sure to visit the new Pineapple Lounge, piano bar and cocktail lounge, where Shampine flows in the magical garden, Wiley Reed tinkles the keys by night and Bogan Bingo is a daily ritual.

The Children’s Festival is also larger than ever before. Children can build a Permaculture garden, create, cook, dance and be enchanted by theatre, puppetry and song. New Years Eve sees them adorned with their own creations, in a swathe of bubbles and music in the Children’s Festival Procession through the festival streets.

Professor Timothy Sharp, happiness expert, can teach you how to sleep your way to the top, and The Bedroom Philosopher will have you in stitches. Learn Shamanic Drumming and get irie after dark in the Dancehall. Wander through the visual arts workshops in Penny Arcade to the Arti.Arti venue, where writers, artists and performers will cast your assumptions and fixed ideas aside to make way for new ideas. All the while there will be Gremlins building a Rocket Ship out of whatever they can nab, so hold onto your hat.

Whatever you do, don’t miss Woodford Folk Festival this year; it really will be a momentous journey. We invite you to join the pilgrimage, come and be a part of our 25th anniversary celebration.

Programmes and tickets are available on the Woodford Folk Festival website www.woodfordfolkfestival.com or call the Queensland Folk Federation on 07 5496 1066. Selected newsagents have the programmes, check online for these outlets.

Her bittersweet melodies soar with stomping piano and swampy beats, traversing the riotous, the raw and the intimate. END_OF_DOCUMENT_TOKEN_TO_BE_REPLACED