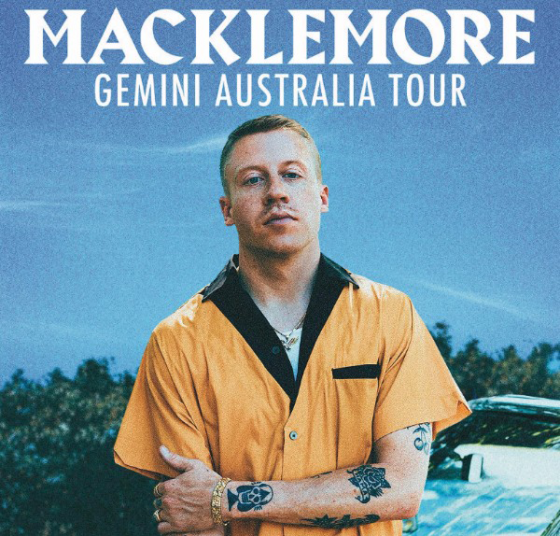 Macklemore is touring in celebration of his new album, Gemini, his first solo album since 2005, following on from the worldwide success for Macklemore and Ryan Lewis’ albums The Heist (2012) – home to singles ‘Can’t Hold Us’, ‘Thrift Shop’ and ‘Same Love’ – and This Unruly Mess I’ve Made (2016) featuring the smash hit, ‘Downtown’.

Gemini, which peaked at #1 on the iTunes Chart and #3 on the ARIA Album Chart, features hit singles ‘Glorious’ and ‘Good Old Days’. Twice-platinum ‘Glorious’ featuring Skylar Grey, is Macklemore’s fifth ARIA top three single and his first as a solo artist. Also residing in the Top 50 of Billboard’s Hot 100, the track is currently sitting at #2 on the ARIA Chart and at #4 on the iTunes Chart.

Follow up single, ‘Good Old Days’ featuring Kesha, is the latest track to be lifted from Gemini, this week rising to #3 on the iTunes Chart and climbing into the top 20 on the ARIA Singles Chart.

All Other Shows Are On Sale Now 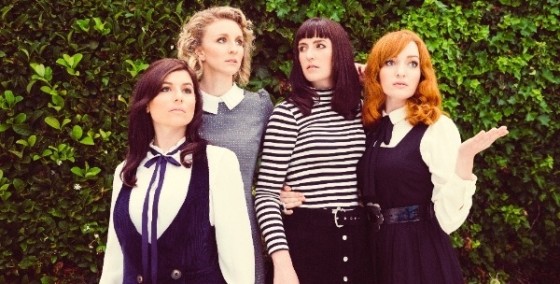 Fresh off the back of inking a deal with one of Australia’s most prized and well-established independent labels, ABC Music, and just moments after the Exes boarded a plane to spread their magic throughout the UK and Ireland, the Sydney all-female, all-bad-ass folk outfit All Our Exes Live in Texas leave us with ‘The Devil’s Part’. This twisted tale of love, heartbreak and terrible back tattoos is the latest instalment, lifted from the Exes’ debut album When We Fall, due for release on March 3, 2017.
END_OF_DOCUMENT_TOKEN_TO_BE_REPLACED