Firebrand, ARIA-nominated, Melbourne rockers KINGSWOOD are back in a big, big way today with the release of the barnstorming new single ‘Creepin’. The band also announce local supports for their up and coming national club show tour throughout November, tickets for these up close and personal shows are on sale now.
END_OF_DOCUMENT_TOKEN_TO_BE_REPLACED 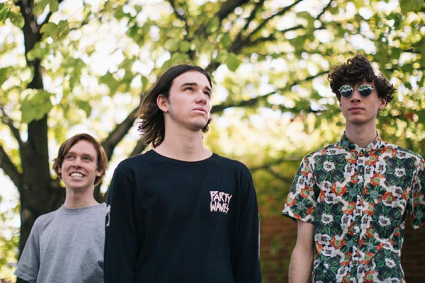 Teen rapscallions Lunatics On Pogosticks announce the release of a new EP, ‘Slug Cat and Snail Dog’ via themusicconnection label / MGM on Friday 11th July 2014. In support of the release, the grunge trio will head out on a tour of the East Coast this September.

After two years, two EP’s, a smattering of singles and a handful of house parties the band took out the 2013 Unearthed High Competition with their stomping single ‘Picasso’s Saddest Love’, hand picked by Triple j (over 900 other Aussie mites).
END_OF_DOCUMENT_TOKEN_TO_BE_REPLACED