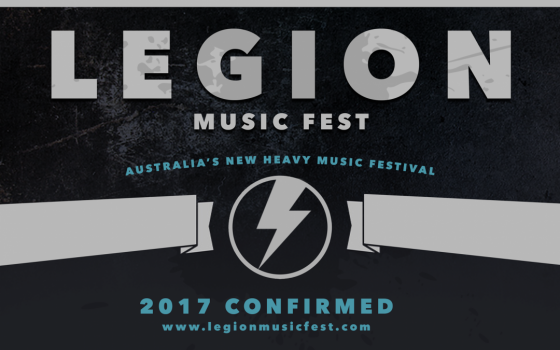 Legion Music Fest organisers have announced that the heavy music festival that has been in the works since December, is now fully funded and confirmed to go ahead as planned in 2017.
END_OF_DOCUMENT_TOKEN_TO_BE_REPLACED

Caligula’s Horse, one of the country’s most exciting and innovative progressive bands, will hit the road for a national tour in March and April 2016 in support of the music video for their killer new single ‘Turntail’. ‘Turntail’, an uplifting and passionate track with a powerful political message, comes from their internationally critically acclaimed third album Bloom, which was released globally via InsideOutMusic in October 2015.
END_OF_DOCUMENT_TOKEN_TO_BE_REPLACED