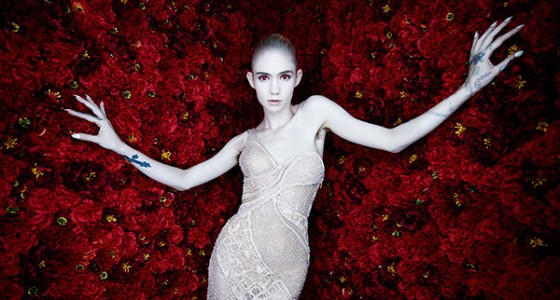 After selling out both her Sydney and Melbourne sideshows in record time, Laneway Presents and Penny Drop are excited to announce that, due to overwhelming demand, GRIMES’ only Sydney show has been upgraded to the Enmore Theatre.

Grimes’ only Melbourne sideshow is completely sold out, which means the only chance to see her in Melbourne will be at Laneway Festival.

Back down under for the first time since 2012, Grimes will be toting her hugely anticipated new album Art Angels. The first single from that album, ‘Flesh Without Blood’ dropped overnight and was premiered on triple j this morning.
END_OF_DOCUMENT_TOKEN_TO_BE_REPLACED