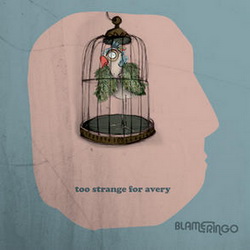 Brisbane band Blame Ringo is a band steeped in its own curio past, to the point of it almost being written off as a comic band. The name itself, and the mileage the group got over the official rebuke from Ringo Starr over its previous name, set it up early on as a tongue-in-cheek piss-take. They followed that through with curious film clip for single “Garble Arch” off its first long player – which became a bona fide Youtube viral phenomena – and then a cute tour concept of playing in laundromats; an audience would be forgiven for thinking this band’s interest was firmly in taking the mickey, rather than solid songwriting. And there would be nothing wrong with that; there are plenty of decent and long-lived acts in this land and abroad who could stake their claim firmly in piss-takery, whilst still holding credible assertions of musicianship (think The Fauves, TISM or, further afield, The Duckworth Lewis Method).
END_OF_DOCUMENT_TOKEN_TO_BE_REPLACED

some serious head-banging and hair tossing, as they spend the first half of their short set sadly failing to entice the seemingly shy early crowd from getting down the front and dancing. The lack of response, however, failed to dent lead man Tom Wearne’s enthusiasm as he led his gang through numerous tension building jams and almost orgasmic rhythmic releases. His persistence finally paid off as, almost as one, the crowd came to life mid-set with new song Hot Trash and old favourite And Then Nothing filled the little dance floor with gyrating hips and floppy-haired bops. Ending with a shambolic number which showed the sheer joy of just barely keeping it together, TCR proved again how much of a delicious little secret this scene has been hiding. END_OF_DOCUMENT_TOKEN_TO_BE_REPLACED