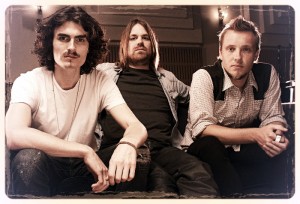 Iconic Australian rockers Thirsty Merc mark a 10-year milestone since the release of their self-titled double platinum debut LP with the announcement of their Acoustic Anniversary Album. Dubbed AAA the album is a collection of acoustic interpretations of fan favourites including ‘20 Good Reasons’, ‘In The Summertime’, ‘Someday Someday’, and ‘Mousetrap Heart’. These new recordings showcase the band’s exemplary level of musicianship and hearing these well-known tunes with acoustic production highlights the world-class song writing ability of Rai Thistlethwayte.
END_OF_DOCUMENT_TOKEN_TO_BE_REPLACED

Kate launched the album to her fans in capital cities with a sold-out series of intimate acoustic shows, featuring long-term collaborator Keir Nuttall on guitar and musical freak-genius John Rodgers on violin and piano. The trio will now embark on an extensive tour of regional centres to premiere songs from O Vertigo!, along with old favourites. Tickets for Kate Miller-Heidke’s national tour go on sale Thursday 22 May.
END_OF_DOCUMENT_TOKEN_TO_BE_REPLACED