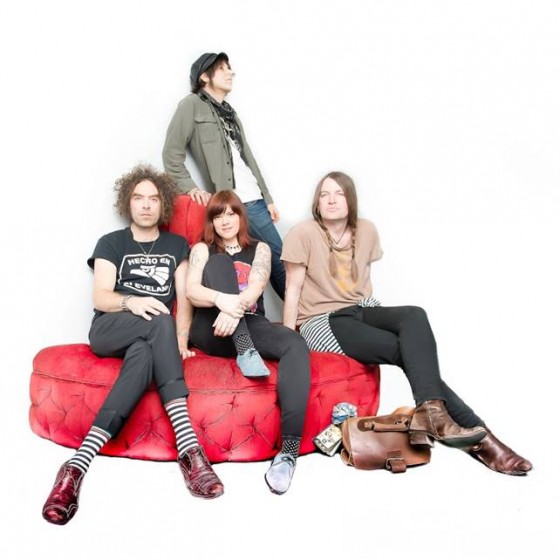 In 1994 a groovy little band outta Portland, Oregon burst into life – they were called THE DANDY WARHOLS. There were a group of friends who ’needed music to drink to’. For the last two decades, THE DANDY WARHOLS have solidified themselves as a veteran rock act that combine a detached garage rock cool with effervescent pop melodies, creating a sound that has been described as Portland’s answer to Brit-Pop.
END_OF_DOCUMENT_TOKEN_TO_BE_REPLACED The decadent rock outfit’s strong touring relationship with Australia can be traced back to their visit in 2000, on the back of their landmark album Thirteen Tales From Urban Bohemia. When they walked onstage for their Livid Festival set, they were met with such a screaming wall of white noise from the audience that they changed their set list on the spot, opening with the high-paced feedback dirge “Fast Driving Raveup With the Dandy Warhols”.
END_OF_DOCUMENT_TOKEN_TO_BE_REPLACED