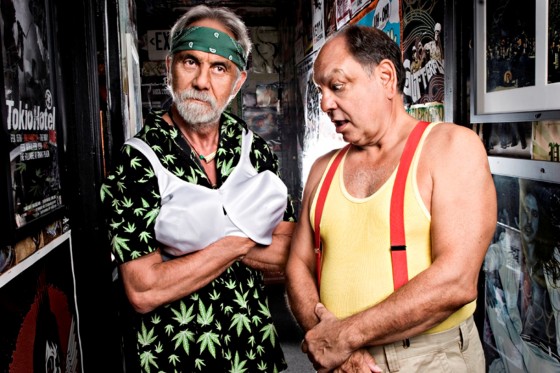 From outsider cult heroes to beloved counter- culture royalty, Cheech & Chong have blazed a smokey trail across four decades becoming one of the most loved and identifiable comedic duos of our time. Defining an era with their hilariously irreverent, no-holds-barred comedy, they released their all-time classic movie Up In Smoke in 1978, it became the most successful comedy movie of its time grossing in excess of 100 million dollars, cementing the loveable duo’s position as totems of alternative culture.
END_OF_DOCUMENT_TOKEN_TO_BE_REPLACED