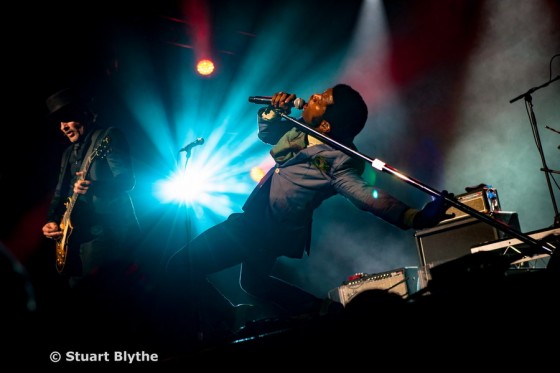 It was an emotional end to Bluesfest last night witnessing Brian Wilson perform Pet Sounds with original Beach Boys member Al Jardine and long term member Blondie Chaplin accompanied by a mini orchestra including string, woodwind and brass sections as well as drums, percussion, guitars, bass and support singer. This was part of a world tour celebrating the 50th anniversary of Rolling Stone’s declared second greatest album of all time and will most likely be Brian Wilson’s last trip to Australia. Hearing the historically important songs of the Beach Boys, live from the creators mouth was a surprisingly special experience considering that I have never particularly been a Beach Boys fan. Realising the place in history of these songs and the way they continue to influence several generations was deeply moving. The world the Beach Boys were singing about in the 60’s seems so innocent compared to the world we live in today. Brian Wilson was not looking his best but still managed to sing songs including Fun Fun Fun, Good Vibrations, Help Me Rhonda and Wouldn’t it be Nice with a bit of support from Matt Jardine for the sections that were no longer in his vocal range. They created a joyous atmosphere that was so infectious… maybe I’m a Beach Boys fan now just in time before this era sadly comes to and end.
END_OF_DOCUMENT_TOKEN_TO_BE_REPLACED