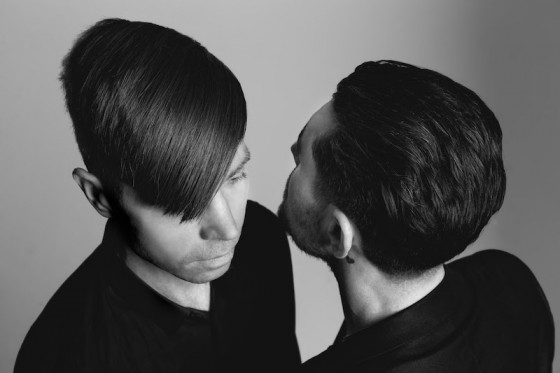 Today sees the release of MATERIAL (Blaqknoise/Kobalt), the much-anticipated new album from BLAQK AUDIO, the electronic alter ego of AFI’s Davey Havok and Jade Puget. Fans can now pick up the album via iTunes.
END_OF_DOCUMENT_TOKEN_TO_BE_REPLACED The lead up to the release of Evanescence’s self titled album (their first in 5 years) was, put lightly, a tumultuous one. With rumours of break ups and the like, plenty wondered if we’d seen the last of them. Not to be killed off though, Evanescence finally made it back to Australia and on Saturday night, put on an excellent showcase of their vast catalogue of hits.

First up was Melbourne’s own The Khyber Belt, the lucky local band that was selected to open every show of the tour. For a band barely a year into gigging, it’s fair to say they’ve risen quickly within the Australian scene. Vocalist Forbes McKail was his usual energetic self, bounding around the huge stage. Closing their quick set with ‘We The People,’ taken off their debut EP
END_OF_DOCUMENT_TOKEN_TO_BE_REPLACED