END_OF_DOCUMENT_TOKEN_TO_BE_REPLACED

Splendour In The Grass has been working toward establishing a permanent sustainable event venue to stage the festival. The chosen 660 acre North Byron Parklands site at Yelgun in the Byron Shire is undergoing the comprehensive approval process with the NSW Department of Planning for a permanent cultural event venue and will not be ready for next year’s event.

While this approval process goes ahead, Splendour In The Grass organisers are delighted to announce the festival will temporarily relocate to Woodford in Queensland, home of the Woodford Folk Festival, for the event’s 10th anniversary in 2010.
END_OF_DOCUMENT_TOKEN_TO_BE_REPLACED 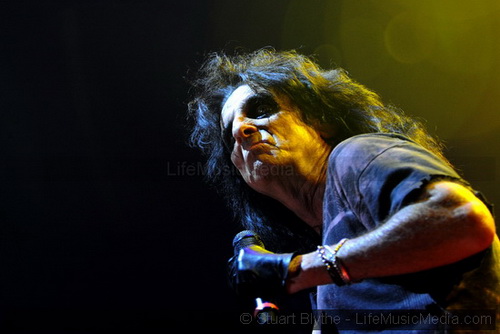 END_OF_DOCUMENT_TOKEN_TO_BE_REPLACED

“There will be lots of new material” says Norman Pace, “international poker player, and we will be poking fun at anything that moves….or stays still. Members of the audience will also have a chance to star in the show.”
END_OF_DOCUMENT_TOKEN_TO_BE_REPLACED

END_OF_DOCUMENT_TOKEN_TO_BE_REPLACED

The St.George Bank Brisbane International Film Festival (BIFF) will return to Brisbane from 30 July to 9 August with a stunning array of films from Australia and across the world.

Now in its 18th year, this year’s festival promises to again bring audiences a range of cinematic highlights, including Australian and international premieres, gala events and a host of fascinating international guests.

The festival program and tickets will be released in early July.

For information and bookings, visit www.stgeorgebiff.com.au.

END_OF_DOCUMENT_TOKEN_TO_BE_REPLACED Fresh from touring nationally with The Polyphonic Spree and ahead of their national tour with The Grates, Brisbane’s The John Steel Singers return home to headline at QPAC’s Nights Outside.

Triple J Next Crop winners in 2007 and finalists in the Q Song Awards 2008, John Steel Singers’ recently released mini LP ‘The Beagle and The Dove’ to rave reviews.

The Nights Outside line-up will also include performances by Brisbane rock, indie, post punk four-piece The Gallant and French pop, punk, reggae outfit, Yeo and the Fresh Goods.

Nova “Live and Loud & Ekka” presented another huge night of entertainment with Regurgitator and Yves Klein Blue blasting away the winter chills… the perfect end to a day at the Brisbane Ekka. Saturday 16 August
Faker will be supported by Intercooler in the final of the Nova Live and Loud & Ekka series.
Don’t miss this one!!