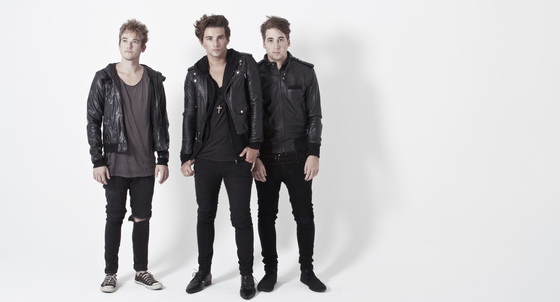 Short Stack is well and truly back! Hot off Sunday’s shock announcement that the band has reformed, Short Stack’s new single ‘Television’ shot straight to the #1 spot on the iTunes Rock Charts and peaked at #10 on the iTunes singles charts.

The announcement, which saw the tag #StackIsBack trend on Twitter in Australia at #1 and Worldwide at #2, also spawned two sold out shows. Due to overwhelming demand, Short Stack has announced second shows in Melbourne and Sydney on Friday June 27 at Ormond Hall (Melbourne) and on Friday July 4 at The Metro Theatre (Sydney). Tickets for both new shows go on sale 9am Tuesday April 15.

Short Stack first exploded on to the Australian music scene in 2007 and, with a career spanning five years before their breakup in April 2012, the three-piece from the Central Coast of New South Wales sold out all five of their national tours including a Sydney Opera House show in April 2010; released two Gold selling top ten albums spawning eight hit singles; the band’s YouTube channel is host to over ten million views and one of their greatest feats of their career – featured on the cover of Rolling Stone Magazine.

After calling it quits in April 2012 citing creative differences whilst recording their third studio album, the band have recently made amends and are creatively back on track and itching to get back on the road and re-connect with their legion of dedicated fans.

The band’s 2009 Gold selling debut album and ARIA #1 ‘Stack Is The New Black’ spawned four top 30 singles. The 2010 follow up, ‘This Is Bat Country’, features the ARIA #4 platinum selling single ‘Planets’, Gold selling ‘We Dance To A Different Disco Honey’ and #6 chart debut ‘Heartbreak Make Me Killer’ where it remained a top 50 for 10 weeks straight! 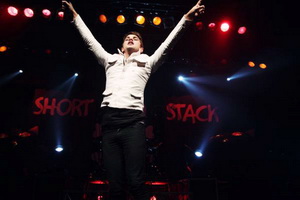