Having missed them back in 2001, tonight my near-decade-long wait to see Roxy Music finally comes to an end as the British art/pop/glam/avant-rock legends walk onstage. Rock & roll’s original lothario, the ever-louche Bryan Ferry may be in his mid-sixties, but he looks as sharp as ever in an elegant two-piece. Likewise, the dandy frontman’s voice has retained that signature intonation and quavering vibrato – even if he avoids the falsetto notes on More Than This (which tonight resembles Bill Murray’s heartfelt karaoke take in Lost In Translation – and is probably more delightful for it). As the opening strains of The Main Thing erupt from the PA, vintage “pop art” visuals start rolling and two leggy dancers simultaneously begin gyrating on the podiums in a move epitomising Roxy’s signature burlesque chic (later during the reverential 2HB, the screen comes alive with Humphrey Bogart film snippets). Soon, Street Life has multiple heads and fingers respectively nodding and snapping and the non-album curio Pyjamarama sees besuited mainstay Phil Manzanera and a much-younger touring guitarist vigorously trading licks.

From then, it keeps getting better and better, Ferry announcing Prairie Rose – written about former flame Jerry Hall – as “the song from Country Life”. The band’s hit cover of John Lennon’s Jealous Guy is met with some of the night’s biggest cheers, while both guitar-slingers get the chance to shine during a “Roxified” take on Neil Young’s Like A Hurricane (a surprising no-show during the great man’s BDO 2009 set). Then comes the seminal, inflatable doll-eulogising Gothic melodrama In Every Dream Home A Heartache – covered in an exhilarating fashion by the inimitable Mike Patton and Tomahawk during their 2002 Australian tour. It’s even more grandiose this time around, Manzanera soaring with that timeless, anguished solo as Ferry mourns his “disposable darling”.

As a brief instrumental interlude, saxophonist and founding member Andy Mackay has a solo spot with the elegiac Tara (the track that may or may not have invented Kenny G) before the baleful triptych of Bitter-Sweet, Same Old Scene and My Only Love. Amping things up, Ferry and Roxy embark on breathless run through Virginia Plain, Love Is The Drug, Editions Of You and Do The Strand, slow down and chill with the still-sensual Avalon and reignite the boogie-ing with Let’s Stick Together. The ever-sublime closer For Your Pleasure, with the musicians leaving the stage one by one as the final, longing “ta-da” hangs in the air, is a sight that’s both triumphant and poignant. These smirking, artful sounds may come from a bygone era, but they’re still as captivating as they were in 1973 – and most importantly, they still have a beating heart. 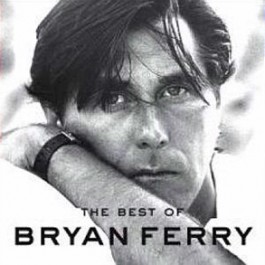