as vibrant and demonic as ever. The gates of hell will be opened with one of the most exhilarating live shows you have ever witnessed so prepare for“an evening of rock and roll madness with metal’s resident spooky man, Rob Zombie…leave the kids at home…”- Rockworld.com

The undeniable pairing of Slipknot’s Joey Jordison and Wednesday 13 is more precisely pissed-off than ever before. Rock ʻnʼ rollʼs newest villains are here and theyʼre called MURDERDOLLS. Politically incorrect, playfully violent and happily inconsiderate, theyʼre back for more blood and back for revenge on their brand new album ʻWomen and Children Lastʼ. ”Murderdolls have unleashed a sinfully satisfying experience of an album steeped in horrifyingly humorous lyrics and ravenous riffage.” – The New Review

MONSTER MAGNET will go down in music history as retro rock visionaries. Fusing their metal, punk, space rock, and psychedelic influences, the band developed a sludgy, feedback-heavy hard rock sound indulging their sex and drug-fueled fantasies. With the breakthrough release of ʻDopes to Infinityʼ featuring ʻNegasonic Teenage Warheadʼ “they had created a shag carpeted soundtrack for the world that was “rawk: sexy, dark, melodic, celebratory and, above all, huge.” – Rolling Stone

DOMMIN is the sound of the brokenhearted. At the center of their haunting, gothic-tinged rock is the enigmatic Kristofer Dommin, who croons about poisonous love, exorcising agony through a wall of distortion and a jagged sonic sieve. DOMMINʼs vocals are eerie and extremely captivating, drawing you in with every breath; no where is this more evident than on their brand new album ʻLove is Goneʼ…“it’s filled with distinctively-penned tunes targeted straight for the nightcrawlers of the metal underground.” – The Metal Minute

With Soundwave 2011 Melbourne sold out we are thrilled to announce that ROB ZOMBIE, MURDERDOLLS, MONSTER MAGNET & DOMMIN are teaming up for a horror filled quadruple bill.

TICKETS ON SALE FRIDAY 26 NOVEMBER, 9AM 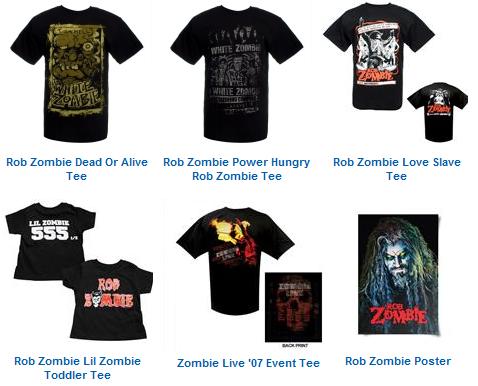