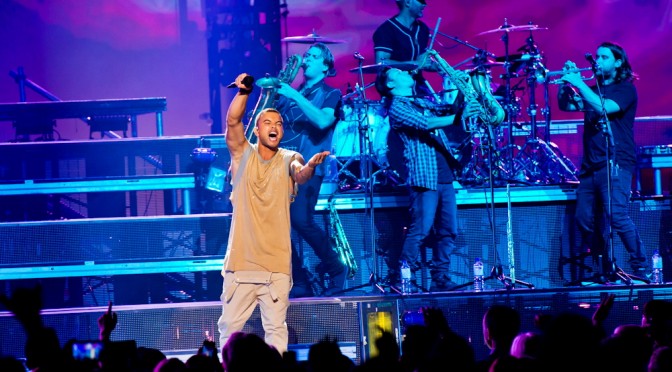 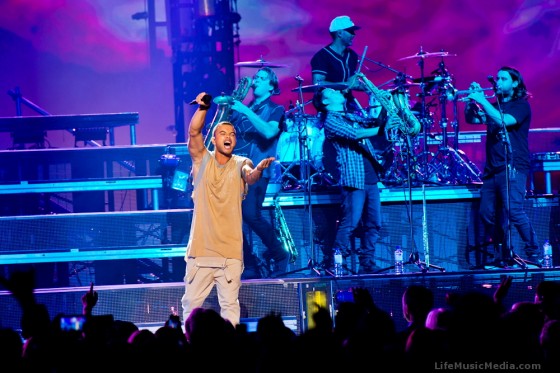 The night unfolded with support act Fatai from Season 2 of The Voice Australia. She performed a variety of her own beautiful tunes proving she has the voice. She thanked Guy Sebastian for inviting her to tour with him and reflected on what an amazing opportunity it was. At the conclusion of her final song she got the fans pumped up and ready to go. “Who’s excited to see Guy tonight?” she cried! The crowd went wild and they were ready for a night full of madness.

The wait was finally over and one of Australia’s most successful artist Guy Sebastian kicked off his highly anticipated tour in Sydney last night at Qantas Credit Union Arena. Guy’s first ever national arena tour proved to be a show stopper, performing a number of his greatest hits and songs from his latest studio album.

As the curtains dropped Guy kicked off the night performing his song “Madness” with his incredible band. Guy took the time to reflect on his 2 year journey whilst creating his album “I’m so excited that the hard work payed off”. People of all ages, genders and race enjoyed Guy’s all-time favourites “Who’s That Girl”, “Like A Drum” & “Elevator Love” just to name a few.

Taking the crowd down memory lane to where his career began back in 2003 when he won Australian Idol, Guy created a re-enactment live on stage of the night when his dreams finally became reality using the help of two of his band members. “As I stood next to my friend Shannon Noll, Andrew G came forward to announce the winner, the winner of Australian Idol 2003 is… Guy Sebastian”. Guy then performed his winners single “Angels Brought Me Here”, with a video playing on the large screen behind him from the night he won.

Guy & Jules kindness & willingness to help individuals saw them launching The Sebastian Foundation. Guy reflected on the events that were put on behalf of the foundation such as the Carols event every year raising money for families in need.

As the night went on Guy performed some of his most touching ballads; “Get Along”, “Battle Scars” and “Imagine The Sunrise” mesmerising the hearts of the entire arena with his beautiful tone and emotion. A touching story shared by Guy about visiting a young girl in hospital touched the hearts of many. He explained how the little girl and her father used to watch the sunrise from her hospital bed but once she was moved to another room she had no view of it. Her father just told her we will imagine the sunrise together. That inspired Guy to write the song titled “Imagine the Sunrise”.

The night was drawing to an end, the lights went down and as Guy headed backstage the fans couldn’t get enough. They were begging for more, applauding and screaming. Guy returned to the stage for the final time performing his last two songs, finishing the night on a high with his upbeat, high energy tunes “Mama Ain’t Proud” and “Gold”. The entire audience was on their feet dancing and singing ensuring they had a night to remember. Closing the show “Thank you Sydney, see you next time” before leaving the stage with his band. It was definitely a night of pure madness! 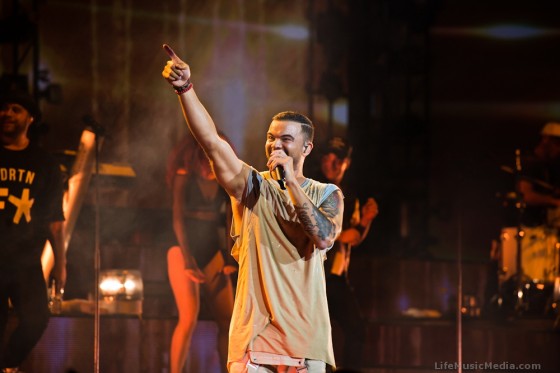 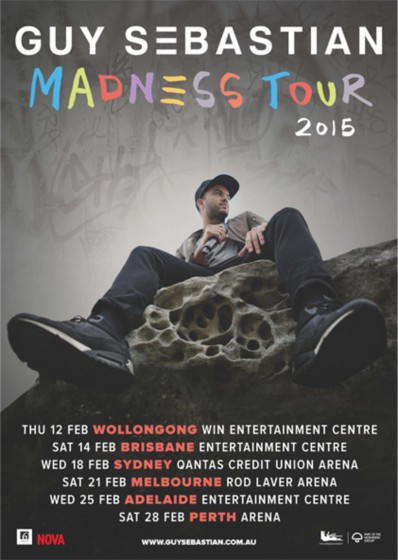