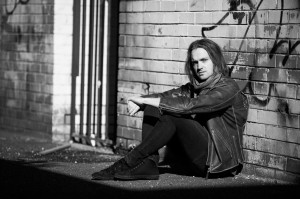 :: What track changed your life ::
‘Last Goodbye’ by Jeff Buckley.

:: What is your favourite Album ::
“Grace” by Jeff Buckley. It was the soundtrack to my formative years. I recently revisited ‘Automatic for the People’ by REM too. It’d be up there with the best for me.

:: Name a band or artist we should checkout ::
‘Whitaker’ from Melbourne. They’re about to release their EP ‘Wichita’ and what I’ve heard sounds incredible.

:: Favourite Quote ::
“Success is not final, failure is not fatal: it is the courage to continue that counts.” ― Winston Churchill

:: When on tour, you can’t live without ::
Coffee, laptop and sleep…but none of them like each other.

:: When you think of Australia, you think ::
We’re insanely lucky.

:: Worst thing to happen to music is ::
Bad people accessing the internet.

:: When you were younger you wanted to be ::
Eddie Vedder (but a ninja version)

:: First album you ever bought ::
‘Frogstomp’ by Silverchair

:: Last concert you went to ::
Washington at Bigsound

:: Your ultimate snack is ::
Edamame

:: Best piece of advice you’ve received ::
“Don’t wait for inspiration, chase it down with a bat!”

:: Best/worst gift you’ve ever given/received ::
A remote control car when I was 10. It was a Porsche 911 and the chicks really dug it.