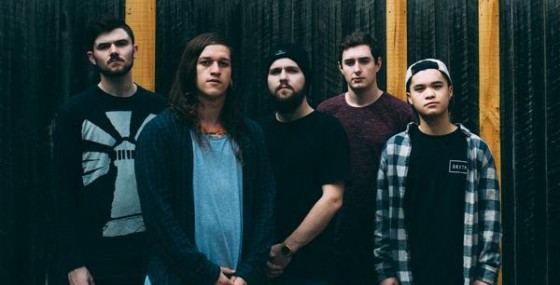 Sydney metalcore outfit Polaris have announced their sophomore EP The Guilt & The Grief for release on Jan 29 2016 (Independent). The announcement comes off the back of their crushing single and music video “Regress” last month, and as they round off their current Australian tour supporting Dream On, Dreamer, the band prepares to grab 2016 by the horns and hit the road with Stories, Belle Haven and Perspectives.

Founded in 2012, the band’s busy melodic riffing and high energy performance scored them local opening slots for high-profile touring acts early in their career and eventually venturing interstate. Having now toured Australia four times over through 2015 (off the back of their November 2013 EP “Dichotomy” and March 2015 single “Unfamiliar”) with the likes of Buried In Verona, Hand of Mercy, Capture The Crown, Dream on Dreamer and Void of Vision, Polaris have stepped out of their local Sydney comfort zone and begun to establish themselves as a national force to be reckoned with.

The Guilt & The Grief was written between May and August this year before the band stepped once again into STL Studios with producer Sonny Truelove (Young Lions, Prepared Like A Bride) to create the record, which was then mixed and mastered by Carson Slovak and Grant McFarland (August Burns Red, I The Breather, Texas In July).

While politically-driven single “Regress” – undoubtedly the band’s heaviest track yet – came from a new angle for the band, dealing with the social impact of what the band describe as ‘backwards worldviews’, the majority of The Guilt & The Grief is lyrically in line with the band’s own brand of personal, honest inward reflection.

The video for Regress has amassed close to 30 thousand views in just under 3 weeks of release and garnered re-posts and praise from Buried in Verona and more. The follow-up single, ‘Hold you Under’, features vocals from Marcus Bridge from Northlane – the premiere of which will happen Thursday December 10 on triple j’s Home & Hosed with Dom Alessio.

Drummer Daniel Furnari mused on the EP process, “That title just seemed to have some tie to every track on the record – whether the sentiments of the song were being directed inward, or outward as is the case with the couple of political songs on the EP. Then on that personal level, as you might guess, there’s a lot of questioning, a lot of self-doubt and regret and blame. But there’s a strange kind of optimism in there too, a desire and a drive to be a better person even if you don’t yet know how.”

Polaris will launch The Guilt & The Grief on an Australian tour in support of fellow Sydneysiders Stories “The Youth To Become” tour, along with Belle Haven and Perspectives throughout February and March 2016. 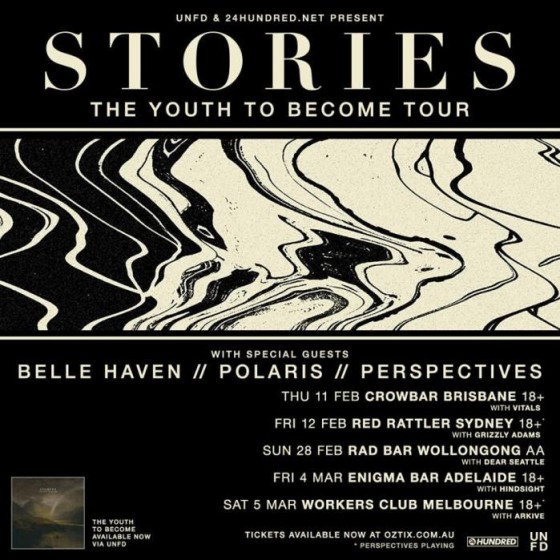