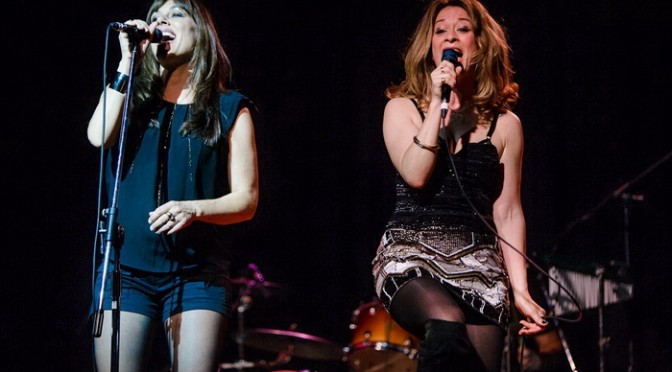 Words and photos by David Jackson

The Chantoozies consisting of Ally Fowler, Eve Von Bibra, Angelica Arnott and Tottie Goldsmith are back.

Taking to the stage and opening with their hit “Love The One You’re With” the girls were energetic and truly having fun. Backed by a 4 piece band their sound was full and their vocals flawless.

The set included a number of covers, most notably the girls version of The Church’s “Under the Milky Way” and a new version of the 70’s Promises classic “Baby It’s You”.

Eve Von Bibra demonstrated her lead vocals on the 80’s hit “”Wanna Be Up” which was always going to be a crowd favourite. “Let’s take them back to where it all began and introduce a little voodoo into the set” Angelica Arnott yelled before commencing the hit “Witch Queen”, this number sent the crowd crazy and the dance floor jumping.

Overall a fun trip back in time and a new found passion for the future. Killer set!