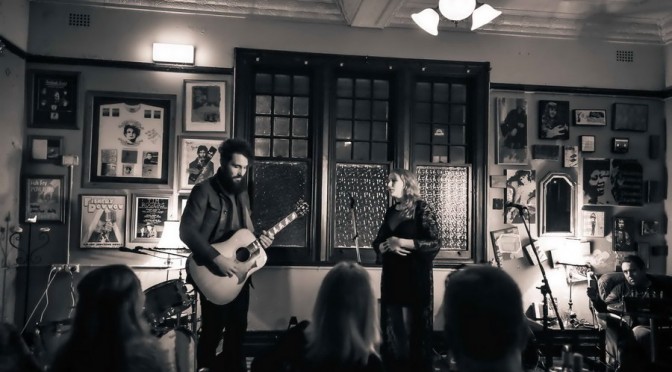 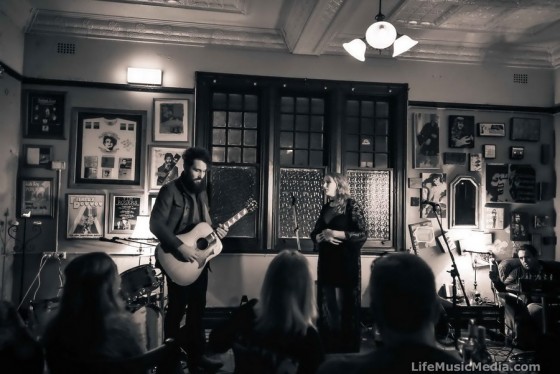 A visit to The Junkyard in Maitland is like a trip into an oversized lounge room that hold an audience of around 100 people. If you were there on Thursday night (July 21, 2016) you got a first hand look at, what will be no doubt, a future prominent Australian balladeer.

William Crighton’s approach to lyrics are as honest and cutting and after hearing this show I honestly believe he is a man ahead of his time.

Starting the gig in the middle of the lounge room floor with no introduction or fanfare the audience was treated to Crighton stripped back with just guitar, singing the haunting ’Woman Like You’. The distinctive vocals with a proud infusion of a broad Australian accent draws him closer to the audience. A three piece band of quality musicians joined him for the rest of the show.

As a music fan and growing up on Australian music and culture we all have our favourite songs. Jumping into a time machine I wonder where a song called ‘2000 Clicks’ will sit in Australian culture in 20 years time? This song is one of the most stirring I have heard for a long time. Honest with almost perfect narration, Crighton could transform even the most anti of our culture to embrace the country, the outback and the family.

Playing songs from his debut album you get the feeling all written and recorded took a lifetime to get there. The lyrics are intense but so is the man until you hear the humility of his voice in between songs.

The introduction of numbers like ‘Priest’, written about a man of religion who is also a pedophile, like many before him he meets his demise and perhaps the consequences of his maker?

‘Jesus Blues’ whilst catchy reflects heavy on a man who has no doubt been surrounded by religion somewhere in his life be it by upbringing or exposure.

Hailing from the Riverina and now calling the Hunter Valley his home there is no doubt Crighton will grow in popularity. To sum up his genre you get the feeling it is more folk than anything, with a country and rock edge.

Supporting Creighton was Tasmanian born Claire Anne Taylor. Her 45 minute set was full of surprises especially given they were predominantly originals. Her debut album is also a gem. Taylor’s voice would best be described as deep and addictive. The stories discussed with complete freedom and enthusiasm, painted a picture of a great upbringing in Tassies North West. One song summed up her values dedicated to her mother ‘My Mother The Mountain’ described a special relationship between a daughter and a mother she almost lost. The debut album is special and again well worth a listen.

The culmination of a great evening was seeing these two artists collaborate to put their own twist on the Neil Young classic ‘After The Gold Rush’. Rarely do you witness an audience spell bound and breathless, this was that memorable moment.

I must admit I rarely become an instant fan of any artist, this night was an exception. A special thanks to the venue and promotion, tonight we really witnessed something special, for that I am very grateful.