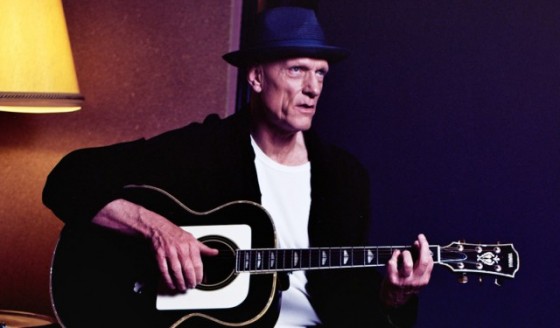 Peter Garrett has announced an intimate Australian tour in support of his forthcoming solo album ‘A Version of Now’.

These special gigs will see Peter playing small clubs and theatres for the first time since Midnight Oil’s gritty pub rock era. Limited tickets are available from today for people who have signed up to his mailing list http://petergarrett.com.au/newsletter/ or liked Midnight Oil’s Facebook page https://www.facebook.com/midnightoilofficial All remaining tickets will go on sale to the general public on Friday June 3. Venue and ticketing information is listed below.

“Getting up close and physical is what live performance is all about. Being back on stage and playing these new songs will be a blast.”

Throughout this tour the iconic frontman will be backed by an all-star band that he’s christened ‘The Alter Egos’. The line-up features nearly all of the people who played on Peter’s forthcoming solo album ‘A Version of Now’ – Martin Rotsey from the Oils on guitar, Mark Wilson from Jet on bass and Peter Luscombe (Rockwiz, Paul Kelly, Black Sorrows) on drums. Rosa Morgan (Red Ghost) will also join on keyboards, stepping in for The Jezabels’ Heather Shannon who played on the recordings but is currently unable to tour.

Acclaimed WA blues rock singer – songwriter Abbe May will be pulling a double shift on the ‘A Version of Now Tour’. In addition to completing The Alter Egos line-up onstage as they play with Peter Garrett, Abbe will also be opening each gig with a powerful solo set on all dates except Darwin.

Darwin fans will see Abbe perform as part of The Alter Egos as Peter will be supported by the NT’s own Gawurra whose stunning debut album Ratja Yaliyali has been commanding national attention.

This tour announcement coincides with the release of a new Peter Garrett track – ‘Great White Shark’ – which debuted on Australian radio and iTunes this morning. You can hear it here http://bit.ly/GreatWhiteSharkYT

This raucous second taste of his forthcoming solo album was spawned some time ago, as Peter explains,

“Great White Shark originally surfaced when working with my Oils band mates Martin and Jim but it was never recorded as it just didn’t fit at the time. It was filed away in the back of my mind as a track I’d felt I’d like to revisit and ended up working well with what was happening in the studio sessions for my solo album.”

Most of the songs on ‘A Version of Now’ were composed recently as Peter penned his autobiography. However although this tune largely hails from an earlier era, its themes of physical and moral extinction remain all too relevant. The song’s raw sounds and sentiments dovetail well with the rest of the new album as its main rallying cry makes abundantly clear … “I want to be whole and I want to be free!”

‘A Version of Now’ will be released globally in digital formats on July 15. A CD and LP will also be released in Australia on that date. As of today the album can be pre-ordered via all good music retailers and those who pre-order via iTunes will immediately receive the songs ‘Tall Trees’ and ‘Great White Shark’.

A documentary about the album’s creation will screen on MAX on Tuesday July 15 at 9.30pm. Meanwhile dates and venues for the ‘A Version of Now’ tour are outlined below. All shows are presented by Triple M, MAX and Select Music.

Peter Garrett & The Alter Egos – ‘A Version of Now Tour’ with special Guest Abbe May (all shows except Darwin*)
For all ticketing please visit www.petergarrett.com.au