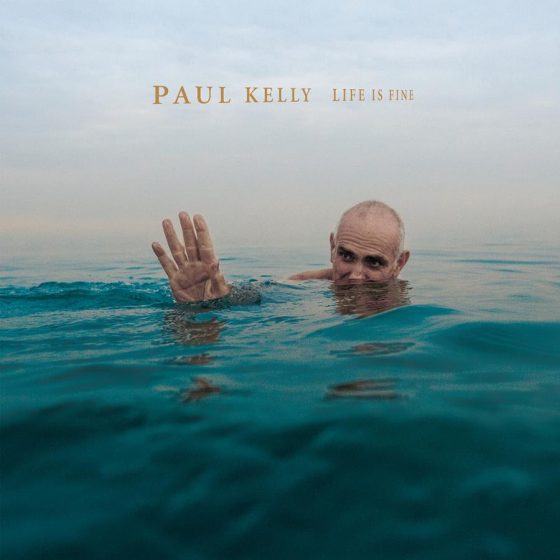 ‘Life Is Fine’, the 23rd studio album from national treasure, Paul Kelly, has today been announced as the highest selling Australian album of 2017. ‘Life Is Fine’, which has been certified Gold, debuted at #1 in the ARIA album chart delivering Paul Kelly the first #1 of his career. In the 21 weeks since release, the album has spent 10 weeks in the Top 10 and has not dropped out of the Top 40.

2017 bought Paul Kelly to the forefront of Australian music culture and went on to be one of the greatest years of his career with the cherished singer/songwriter picking up four awards at the 2017 ARIA Awards – Kelly took home BEST MALE and BEST ADULT CONTEMPORARY ALBUM, along with BEST COVER ART and ENGINEER OF THE YEAR. These results deliver Paul Kelly a remarkable 14 ARIA Award wins from a career tally of 51 nominations. It has been 20 years since Kelly last won Best Male.

As the year wound up, Kelly finished on a high note by playing the biggest headline show of his career – the sold out MAKING GRAVY at Melbourne’s Sidney Myer Music Bowl on December 16. His LIFE IS FINE Album Tour, received rave reviews for its seamless blend of much-loved hits, classic tracks and new material.

Paul Kelly is one of Australia’s most iconic and prolific songwriters and a name synonymous with some of the most cherished Australian songs of all time.