Returning to the sunny mid-north NSW coast town of Coffs Harbour and proudly presented by triple j, The Open Arms Festival is back for 2010; hitting The Coffs Harbour Showgrounds Sat November 20th. Spread across two stages, Open Arms showcases Australia’s biggest artists together with a blend of our best young bands. From Rock, Indie and Hip Hop to Electronica through to Roots artists, DJ’s and local performers – it’s all inclusive.

A holiday destination renowned for its surfing beaches, Coffs Harbour sits almost dead in the middle between Brisbane & Sydney. Weekend or overnight accommodation options are bountiful – just hit google up for deets.

The calendar highlight of November for East Coast NSW music fans, The Open Arms Festival is also an arts, lifestyle and youth culture celebration. An all ages licensed event with strong Environmental policies and recognized Indigenous ties, Open Arms brings together all cultural aspects of Coffs Harbour and its surrounding communities.

As a live proposition, The Living End’s reputation is unquestioned – on a great night there’s barely a band on the planet that can touch them. The Melbourne trio will be smashing out hit after hit from their extensive set list which has seen them become a favourite on the festival scene. After the huge success of White Noise the boys are back in the studio and who knows Open Arms may be the first to hear some new stuff….fingers crossed! A live show not to be missed! 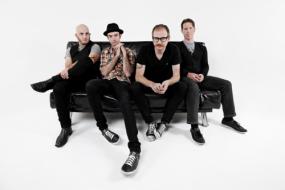 On the back of their massive self titled new album which seen them travel the world, these guys will take you on a journey that you will not forget. With huge guitar riffs and amazing lyrical ability Birds of Tokyo are a powerful outfit and an absolute must see for anyone this year. Open Arms are stoked to be bringing these guys to Coffs Harbour. Don’t miss these guys at this year’s Open Arms Festival and experience a truly great band. 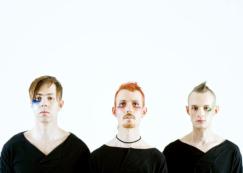 With sound histories in the musical realm, brothers Joshua (voice) and Benjamin (synths/keytar) manifest digital and analogue ideas; one part divine inspiration, one part machine translation. Together they create grand poetic electronica, with its own future echo. On stage drummer Robbie makes his own waves, and the trio is complete. Back from a long stint overseas expect new material from there highly anticipated new EP. 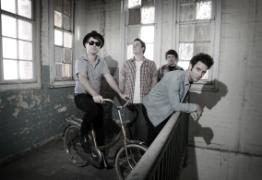 Set to release their long awaited debut album Escapades in late August HKOH are about to establish themselves big time in the scene. Dressing their immaculate indie tunes with a healthy dose of 60’s pop sensibility and lashings of soul HKoH have wasted no time in carving out a name for themselves on the Australian music scene with a quartet of radio singles and their relentless touring regime. 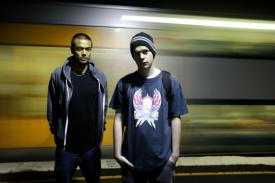 Horrorshow have officially solidified their position in the ‘bands to watch’ list and will release their second album, Inside Story on October 2nd, 2009. This release brought on a hurried demand for Horrorshow and having supported the likes of Hilltop Hoods and The Herd these guys are the next generation of talented young Hip Hop artists in the country. 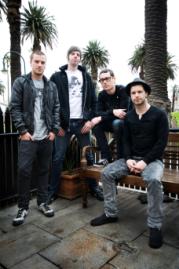 Armed with new material and the first instalment of their 3 part EP series titled “See you in Hell” these guys will blow the roof of the stage with their hard edged punk rock. A powerful live show that will leave you shell shocked with the power of 6 strings and a drum. Do not miss these guys at Open Arms, they will be the aiming to smash the sound system apart. 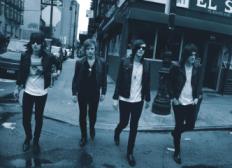 In May 2009, City Riots took a break from a busy touring schedule and relocated to Chicago where they spent 4 months recording their debut full length album with legendary producer Bjorn Thorsrud (Smashing Pumpkins, Dandy Warhols, Billy Corgan). The album is now is its final stages of completion. Having played some of Europe’s biggest Festivals these guys are going to be huge. These guys were the first band we booked.

Digital Primate, producer of electronic robot music and the perfect beats, understands soul. He learned about it from his muse, hip hop artist and sensual soul singer Candice Butler. Together they have created a new substance, an alloy that combines all the soul and funk of their respective musical backgrounds. Emerging from the Melbourne underground, the collaboration of a soul singer with an android has led to what is now known as Metals. New and exciting sounds to be heard first at Open Arms.

Many More acts including TBA soon including the whole Enchanted Woods Stage line up. Watch this space for details.

Open Arms Festival 2010 is a Waste Wise Event and focuses heavily upon being as environmentally friendly as possible. From printing to waste management, green electricity to toilet paper the Open Arms Festival will maintain the highest standard in order to achieve an environmentally friendly festival. The entire event will be carbon offset and registered in doing so with www.climatefriendly.com. Plates, Cups and Straws will all be biodegradable and by recycling in the right way you can do your bit. Upon purchasing your ticket you will have a “green option” and this will neutralise your carbon emissions at the Festival.

The Open Arms Festival thanks the Gumbayngirr people, the traditional land owners of the Coffs Harbour region and will welcome them with a ceremony that will be performed during the Festival.