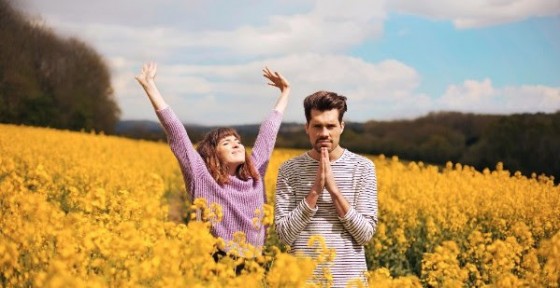 London duo Oh Wonder, who have been melting hearts across the globe with their captivating live performances, sold out both of their first ever live Australian dates within 48 hours of going on sale. Due to the overwhelming response venues have been upgraded, and Oh Wonder will now be performing at The Corner in Melbourne on a new date of Tuesday Jan 5 and Oxford Art Factory on the same date, Wednesday Jan 6.

After spending the last twelve months releasing single tracks online to a rapidly forming fan base on the first of every month, Oh Wonder have just released a brand new video for ‘Without You’ from their recently released self-titled debut LP. The video was filmed on the streets of New York City. “We are beyond excited to present our brand new music video for ‘Without You’! We had an amazing time running around the streets of New York before our first ever Brooklyn show.”

To date, Oh Wonder has achieved twelve Hype Machine #1’s and altogether have garnered an incredible 83 million global streams across SoundCloud and Spotify. They’ve also featured in Spotify’s Viral 50 Top Ten in the UK, US and Global charts. Australian fans alone are responsible for over 2.07 million streams on Spotify.

Oh Wonder made their live debut on the legendary BBC Radio 1 Maida Vale Sessions. Watch Oh Wonder perform their beautiful ‘Radio 1 Track Of The Day’ ‘Drive’, where they were joined by a full live band…