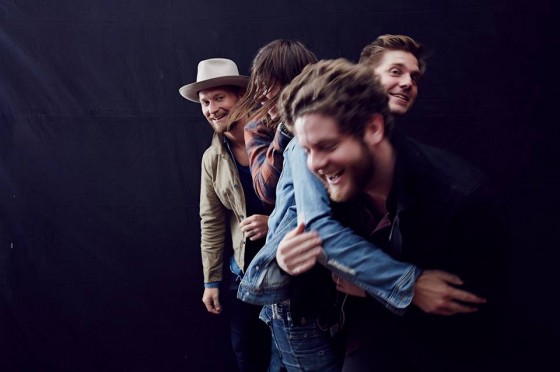 With standout sets at major festivals like Bonnaroo and Austin City Limits in their home country, followed by a successful tour of the United Kingdom and Europe (where they opened for Sting in France!), the band are taking the world one continent at a time. Next on their hit-list is Australia, where they’ll not only release their US hit album “Rivers In the Wasteland” on December 5 through Atlantic/Warner, but follow it up with a massive national tour. Supporting the charity World Vision, NEEDTOBREATHE will be taking on iconic venues like Sydney’s Hordern Pavillion, Melbourne’s Festival Hall and Brisbane’s Riverstage.

“It will be our first time in Australia and we’re really looking forward to getting down there,” said Bear Rinehart who with his brother Bo anchors the songwriting core of NEEDTOBREATHE. “We have so many fans there that have emailed us saying to come down there and when we got the opportunity to not just visit, but support a great organisation like World Vision it was too good to resist.”

Rivers In the Wasteland is the band’s first major release in Australia. The album’s lead single “The Heart” is a stomping southern rock n’ roll anthem reminiscent of The Lumineers and Of Monsters and Men, ushering in a new era for the band who after having spent much of their career increasing their production and largesse, are getting back to the essence of the songs.

“We had a few goals as a band for the album,” Bear says. “I had them written in my notebook while I was writing songs. They were really basic: Keep it simple, not too many instruments, and have fun with it. And the last one was: be ourselves.”

“There was so much over-the-top production on the last album and on our tour,” Bo says. “We wanted to blow it all up and start over. The idea for the record was to get as much of the production elements out of the way and then force ourselves to not rely on extra stuff and studio tricks and technology. We wanted to force limitations and see how far we could take the songs with just us. Probably 90 percent of the record is all live takes. It’s very much an honest record.”