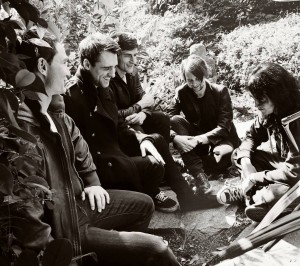 Mercury Sky are about to drop their most crowning achievement to date – a self-titled EP that shows off the epic scope of their songwriting skills. The Mercury Sky EP was recorded by Dave Petrovic (Cog, Tonight Alive) and Shane Edwards (Northlane, House Vs Hurricane) and mastered by Don Bartley (Karnivool, Silverchair, David Bowie).

The EP is a frenetic, but focused journey over 6 tracks and lovers of Coheed and Cambria, Karnivool, Incubus and their ilk will find it hard to resist. Six songs of such fine-tuned energy and mastery of their music makes Mercury Sky’s debut effort an experience to remember.

‘Mercury Sky’ is to be released October 1 ahead of their two exclusive shows through the month. They are playing their hometown Sydney the following night at Spectrum and the following week on Saturday October 18th at Melbourne’s Evelyn Hotel.

It is the final and farewell tour for long-time bass player Mattheus Aditirtono, who will return to home country Indonesia after the shows and EP release, before Mercury Sky introduce a new bass player.

The EP will be released through all good online retailers and streaming sites on Friday October 10 and ticket information for both shows can be found at http://www.facebook.com/mercurkyskyband.