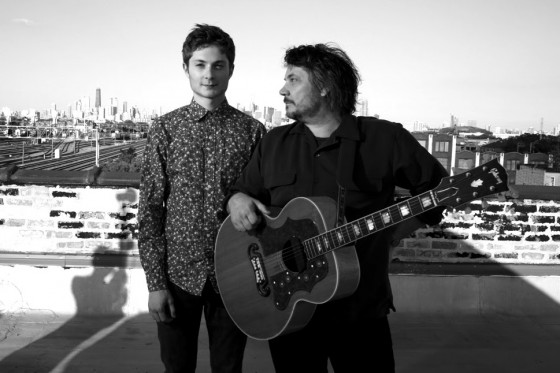 Tweedy, made up of Wilco founding member and leader Jeff Tweedy and his eighteen year old son and drummer Spencer Tweedy, will embark on a run of dates, their first ever here in Australia, in March 2016.

They will play shows in Meeniyan, Melbourne, Sydney and Bluesfest in Byron Bay.

Regarded as one of contemporary music’s most accomplished songwriters, musicians and performers Jeff Tweedy started Wilco in 1994. The band have recorded eight remarkable albums and collaborated with Billy Bragg to bring to life three albums full of Woody Guthrie penned lyrics in the milestone Mermaid Avenue album series.

The album was met with universal praise with Rolling Stone announcing “Sukierae – the first such outing by Wilco’s Jeff Tweedy, serves mostly to confirm what we already know: Pop Tweedy is one of the most emotionally fluent American songwriters around. It all adds up to another tour de force from a guy who’s made a few” and The Music “It remains a Tweedy Snr affair in both scope and composition, and proves a fascinating foray into hitherto uncharted waters.”

Supporting in Melbourne and Sydney will be Those Pretty Wrongs who combine Big Star’s Jody Stephens along with Luther Russell of the Freewheelers. This acoustic dynamo started when Stephens was asked to perform Big Star songs to support screenings of the documentary Big Star: Nothing Can Hurt Me and needing someone else he called Russell. The results saw a debut 7″ single featuring the tracks “Lucky Guy” and “Fool of Myself” released in 2015.

Jeff Tweedy is not regarded as one of music’s most influential artists by mistake or accident. Come and see why.