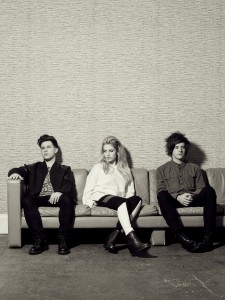 Dustin Tebbutt will join London Grammar to open their SOLD OUT Splendour in the Grass sideshows next month. In a move that will delight fans who missed out first round, a very limited number of production holds have been released for both shows and will be available exclusively to Secret Sounds and Dew Process mail out subscribers 9am Friday July 4.

With glowing reviews and a rapidly expanding fan base, Dustin’s music is gaining momentum following the release of two EPs and a triple j Unearthed Artist of The Year nomination.

Having previously supported Boy and Bear, Dustin has recently completed his own national ‘Bones’ tour and will also play at Splendour in the Grass in July.

Tickets to London Grammar’s Sydney and Melbourne shows SOLD OUT just days after going on sale. It’s the second sold out Australian tour for the band this year, with their three headline shows in January selling out in just a few hours, culminating in a host of rave reviews.

London Grammar return to Aus among a string of performances at a number of the world’s greatest festivals including Glastonbury, Bestival, Lollapalooza and Fuji Rock.

“The brilliance of Reid is undeniable and, at only 23 years of age, she has a vocal range that rightly puts her in a league with Florence Welch and Adele.”
– Fasterlouder

“London Grammar’s songs, at times life-affirming, at times heart-wrenching, are always completely compelling with a star like Reid at the helm.”
– The Independent