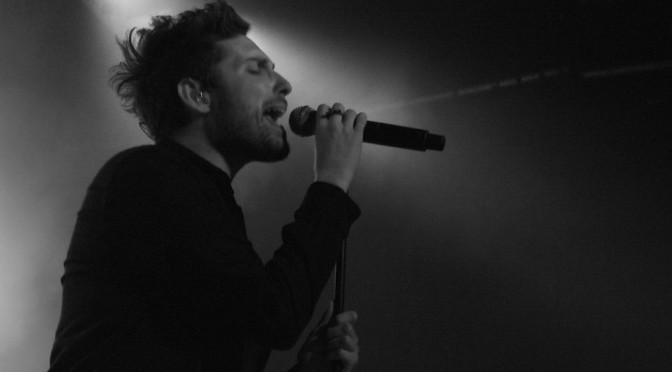 With Groovin’ The Moo steadily making its way around the country – it’s only natural that a string of sideshows crop up in its wake. Most notably is tonight’s winning combination of punk rock meets pop rock.

First up are punk-rock legends Luca Brasi – who dish up an infectious and impressive set that only leaves the crowd wanting to see more. My only regret being this is the first time seeing them.

Frontman Tyler Richardson kicks and shouts his way through the set – inspiring a few members of the growing crowd to punch the air in satisfaction on more than one occasion.

Each song is met with new level of enthusiasm as the set goes on, proving once again how formidable the Tasmania four-piece are. Rest assured, I won’t be missing their next Sydney show.

As the anticipation of the all-ages crowd begins to build, the smoke machine shrouds the stage in a heavy fog, the lights dim and the level of screaming reaches a deafening level. You Me At Six have arrived, and they certainly let everyone know it.

From the get-go, the band throw every inch of themselves into their performance – with frontman Josh Franceschi being the living embodiment of “the boy that refuses to stand still”. And the crowd love him for it.

Kicking through a set of the old and new, not only do the band deliver an exciting and entertaining set – but the crowd itself are equally impressive; screaming, yelling and throwing the words back at the band with as much passion and enthusiasm as they can muster.

And that’s what makes this band, and the road they have travelled to get to this moment, that much more impressive. From the little band from Surrey, England to inspiring a legion of kids on the other side of the world – You Me At Six are a band that defines the meaning of success, and we can only stand up and applaud what they have achieved.

Photos from the night are here!