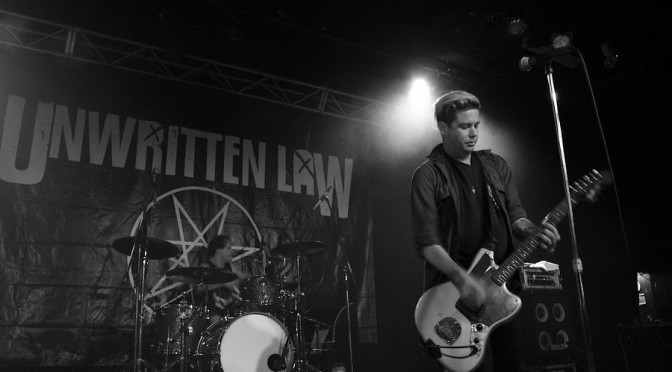 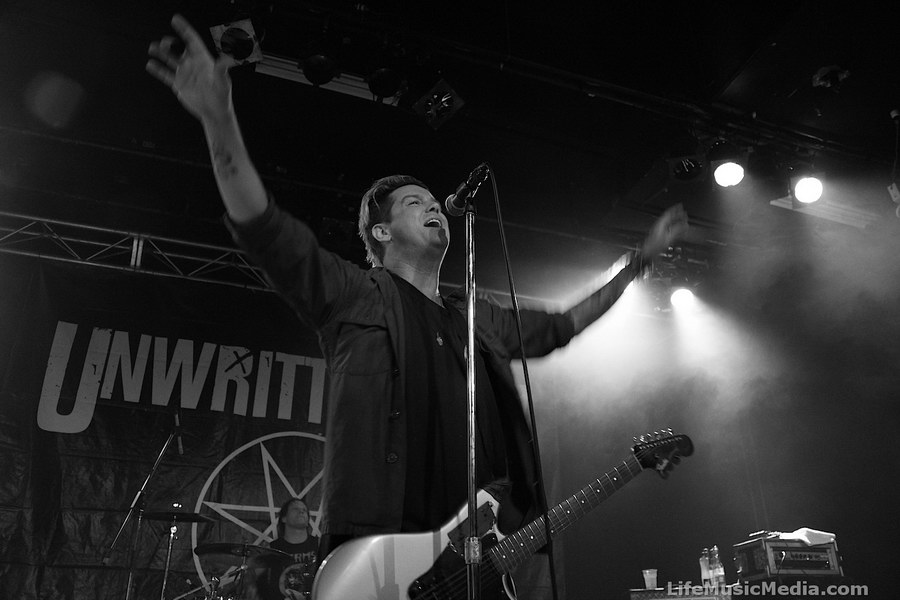 Sometimes a gig will come along that sets expectations high, long before the doors of the venue are opened. Tonight is one of the those gigs; setting to combine some front-runners in the Australian pop-punk and rock scenes, with one of California’s best exports.

Mixtape For The Drive are the type of band that you want in a support act: energy, enthusiasm and a stage entrance set to The Circle of Life.

In all seriousness, despite of the small crowd numbers for this “early” in the evening, the band play as if they are in front of a packed room – using every inch of the stage to duck, weave and leap through their set. It’s a no-bullshit, up-front pop punk set, and is a refreshing change from the manufactured “punk” bands of late.

For a band I’ve heard a lot about, but yet to see live, Grenadiers live up to expectations. From the minute they step onto stage, they demand the audiences’ attention – their solid rock sound amping up the steadily growing crowd.

Their set adds an element of electricity to the air, and builds on the anticipation set by Mixtape For The Drive. Certainly, these are two bands to keep your eyes on in future.

It’s no secret how much Australia loves Unwritten Law. And considering the number of times they’ve played shows on our shores, the feeling seems to be mutual.

Having seen the band play a number of times over the years – albeit with a number of different lineup changes – tonight is certainly the strongest the band has been in recent memory. And it shows.

Less than 30 seconds on stage, as the crowd roars to an almost deafening level, the band launch into Teenage Suicide. It’s from this moment, we are eating out of the palms of their hands.

Shoulda Known Better, Celebration, Up All Night, World War III, She Says, Cailin and a cover of Grinspoon’s More Than You Are make up an epic set that touches on the expansive and definitive career of the Californian four-piece; and the crowd goes nuts for every minute of it.

Undoubtedly, in all the times I’ve seen Unwritten Law, this has to have been the best gig I’ve seen them play; each song warranting a sing-a-along, each anthemic chorus being met with a punch to the air.

And it’s for that reason, I’ll continue to see them for years to come.