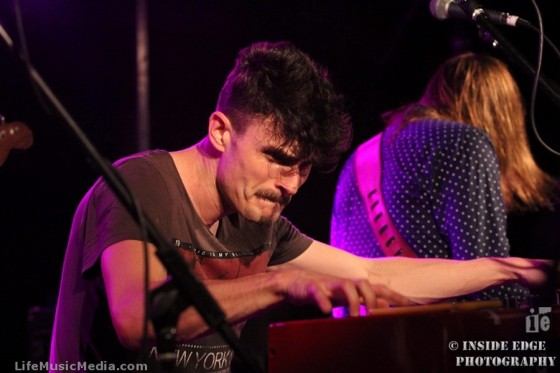 Thirsty Merc are out on the road doing a string of dates under the ‘Back to the Grind’ banner, 6 months after the car crash which tragically resulted in the death of stage manager Shane Cooper, and put drummer Mick Skelton in hospital in a coma. Mick happily recovered from that and is back in the band, however decided to miss this date, to be replaced by Dragon skinsman Pete Drummond.

For this run of shows, they are joined by the three-girl wrecking-crew from Melbourne, Tequila Mockingbyrd, who have been causing a bit of a stir locally, and are about to release their debut album, ‘Fight and Flight’ on May 20th. The early crowd at the Melbourne Public were slightly alarmed to be bludgeoned by the opening to Good Time and the raucous Money Tree, with the band delivering a set of power, great melodies, solid rhythms, and the powerhouse drumming of the diminuitive Josie O’Toole. My particular favourite I Smell Rock’n’Roll epitomises the sound and attitude of the girls.

Songs from the album includes Shut Me Down, Catalyst and So Not Me, with a couple of covers thrown in, namely a chaotic version of Helter Skelter, and a hectic Somebody Put Something In My Drink from the Ramones, which has won the band support with Richie Ramone on his imminent dates in Australia.
If you get the chance, don’t miss out on seeing this band live!

As the crowd continued to grow, which is always a good sign for the support band, there was palpably positive attitude in the room, and this professional outfit were on top form tonight. Thirsty Merc have been around for nearly 15 years, and have such an extensive catalogue of high-quality pop-rock songs – all beautifully crafted, with complex melodies, catchy hooks, and thoughtful lyrics.

Opening up with My Completeness, Rai Thistlethwayte had the crowd in the palm of his hand, and the band rolled straight into In The Summertime and as you looked around the room, the smiles and response gave the show a feel of one of those classic 1970s pub gigs (without the sticky carpet and smoke haze), with lots of inter-band banter, and interaction with the crowd.

Rai took to the piano for Tommy & Krista and All My Life, and the set rolled through Sweet Talker and The Hard Way, before the appearance onstage of one young lady, Maddy, who had turned up at the sound-check to meet the band, and sang a duet with Rai which blew everyone away……so she did it again in the set with Timeless Beauty, and just increased the sense of joy all around.

Matt Smith took to the keys for the wonderfully upbeat Build A Bridge (So I Can Get Over Myself), with Phil Stack and Pete Drummond slamming out the beat, while Rai just ripped into the guitar and vocals on top form. We got a groovy jazz-funk piano intro to the hopelessly catchy Mousetrap Heart with some really tight drumming, and then Someday and The Good Life brought a slice of summer to Melbourne, a big crowd singalong, and a tasty solo from Matt Smith to close the set.

Heartfelt thanks to all present from the band before 20 Good Reasons lit up the mobiles in the audience, and saw more crowd singalong behind the soaring vocals, and despite going overtime, we got a great rendition of Emancipate Myself which I had forgotten was a TM song! This one track epitomises the variety and complexity of the band’s repertoire, and displays their considerable musical and vocal talents – what a cracking Aussie band they are. 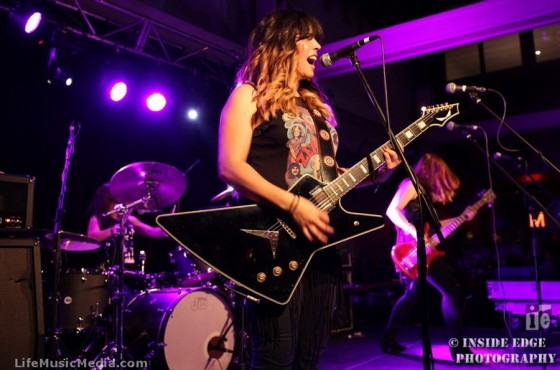 With thanks to Ferris Davies PRM – www.facebook.com/FerrisDaviesPRM