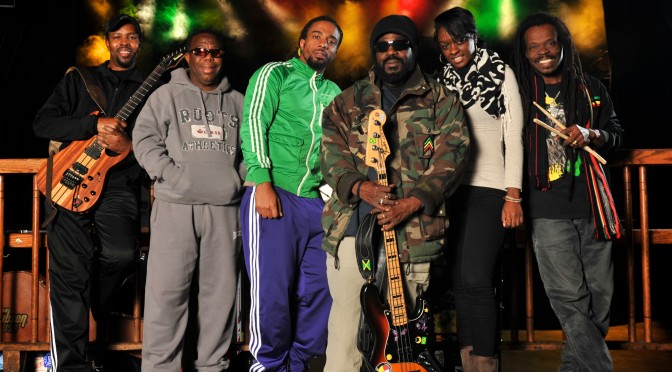 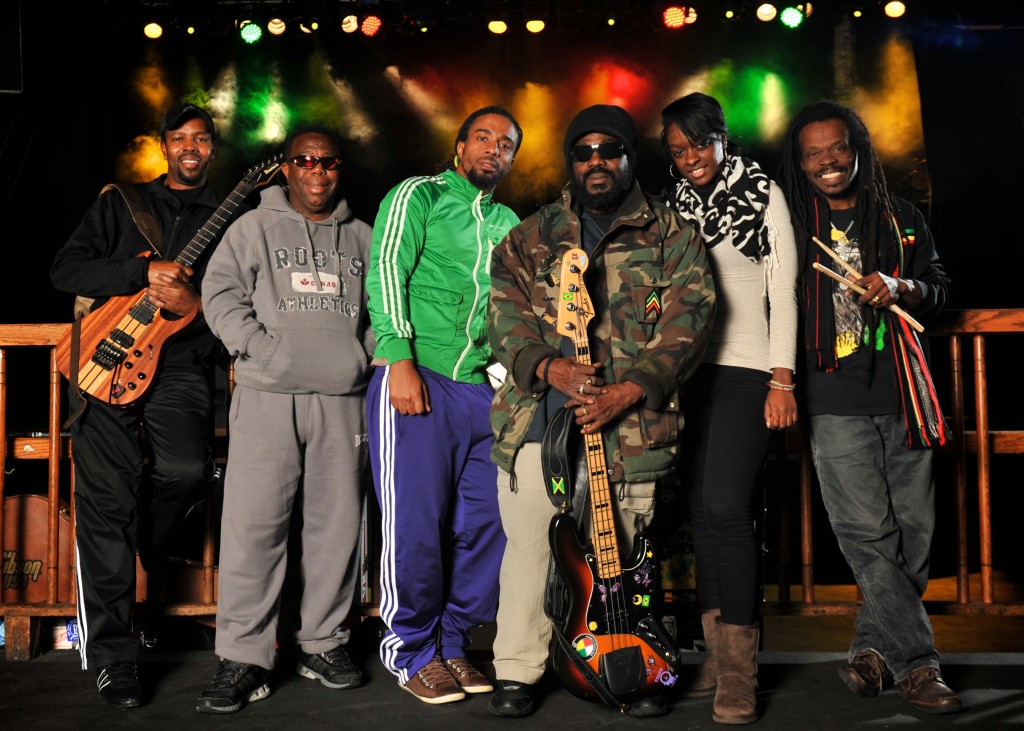 The legendary Wailers played a mesmerizing set to a captivated audience at Sydney’s classic venue The Enmore Theatre. Hit song after hit song was played to perfection and delivered with passion, integrity and the magic that has captured fans of Bob Marley and Wailers, all over the world.

Bass player Aston “Family Man” Barrett is the foundation of the band having co-produced and played with Bob Marley and the Wailers throughout the 70’s, writing many of the world famous bass line grooves. Keeping this music alive and spreading the message and wisdom contained within the lyrics remains a strong focus for Aston.

The original sound was honoured and enhanced by the young Jamaican musicians forming the rest of the band. Exceptional performances by Dwayne, Drummy and Audley made The Wailers at the Enmore Theatre an extremely memorable night. Dwayne Anglin on vocals sang each song as though it were his own, doing Bob Marley justice in terms of vocal tone and delivery of the emotion and sentiment contained within each song. Drummer Drummy Zeb’s performance was exquisite. His finesse and surprising accents added a new dimension to already brilliant music. Lead guitarist Audley Chisholm would be at home in multiple genres, demonstrating the skill needed to totally shred in any Blues or Metal band as well as being extremely funky and true to the roots reggae made famous by the original Wailers.

The whole band was tight and professional providing a beautiful experience for lovers of Bob Marley and the Wailers. The audience sang along with every song, and were still singing in unison well after the musicians had left the stage.

Credit must be given to the audio engineers as the sound had just the right amount of effects and volume filling up the stunning heritage listed theatre from top to bottom with sound that goes straight to the heart.

The Wailers music has been around for 45 years and still feels fresh and pertinent. The message of love, compassion and rising above inhumane circumstances is as important today as it was when the songs were first written.

Earlier in the night rhythm section legends Sly Dunbar (drums) and Robbie Shakespeare (bass) warmed up the crowd with a set that showcased their capacity for deep groove and highlighted why so many artists have chosen them produce or feature on recordings. Chances are you have admired Sly and Robbie’s talent without even realizing it when listening to Ben Harper, Grace Jones, Carlos Santana, The Rolling Stones and many more legendary artists. Sly and Robbie have been part of the music scene in Jamaica for over 35 years and continue to work with acclaimed artists and contribute to current popular music.

The very cool Nambo Robinson, a veteran musician from Jamaica, rode the rhythms set down by the Sly and Robbie on his trombone with silky textures and smooth melodies. Nambo shares a similar mission with Sly and Robbie of supporting new Jamaican musicians and keeping the genres of music, indigenous to Jamaica, well and truly alive.

The first half of Sly and Robbie and the TAXI Gang’s set was mainly instrumental. This all changed when Bitty Mclean took to the stage looking suave in a silver suit and sounding divine with a voice so sweet and versatile. An artist in his own right Bitty Mclean has had several chart topping singles in the UK and has previously toured with UB40.

Both bands will be in Australia till Thursday. Don’t miss the opportunity to experience for yourself this awesome combination of brilliant musicianship, good vibes and irresistible groove. It’s impossible to be unmoved by this incredible collection of seminal musicians from Jamaica. Even the stiffest hips will be forced to sway, and appreciate the living music history lesson brought to life by this collaboration of influential artists. What a great way to spend Easter… feeling the Jah love and power of Rastafari.