Screaming Jets put the last coat of polish on their Chrome tour on Saturday night.

Playing to a sold out Newcastle crowd seems the norm of late for a bunch of guys that cut their teeth on the local pub circuit. What is worth mentioning about this show it was not just a sell-out but booking were closed over a month ago. The current line-up of Dave Gleeson, Paul Woseen, Scott Kingman, Jimi Hocking and Mickl Sayers were in fine form. The venue was packed including a scalper outside selling tickets something you don’t see very often these days. Touring and promoting their first studio album in over seven years, Chrome. The crowd was welcoming to the new as long as they also heard the old. The band didn’t disappoint. Gleeson is the ultimate showman, with his countless opinions on everything from the late Premier Joh to the state of the nation. Moving around the stage in almost Jagger like dominance the man can still sing. The introduction of Hocking on mandolin and Kingman on acoustic guitar were memorable moments. In a time when bands are strugglig, The Jets have enjoyed an upsurge in popularity, the annual Newcastle gig is a real treat for fans. Pilgrims paid homage and came from everywhere to hear such songs as ‘Sad Song’ and ‘Helping Hand’ perfectly mixed in with new songs ‘Automatic Cowboy’, ‘The grip’ and what could be a future Jets anthem ‘Scar’. The cover of the Cash classic ‘Folsom Prison’ went over a treat before ending the set with ‘Better’.

Following an almost 90 minute roller coaster the three song encore exceeded expectations. Paul Woseen on acoustic guitar started with ‘Friend Of Mine’ passing the acoustic relay baton to Gleeson for ‘Shiver’ before closing with the bogan anthem ‘FRC’.

I have to give a huge shout out to Melbourne based band ‘Massive’. This collection of heavy rock muso’s lead by a very mobile and over enthusiastic lead singer Brad Marr, and Newcastle local Brendan Forward these guys are very much the real deal. Playing high octane rock they were not out of place supporting this band. With an album already released and a huge following south of the border expect to hear more from these guys in the near future. 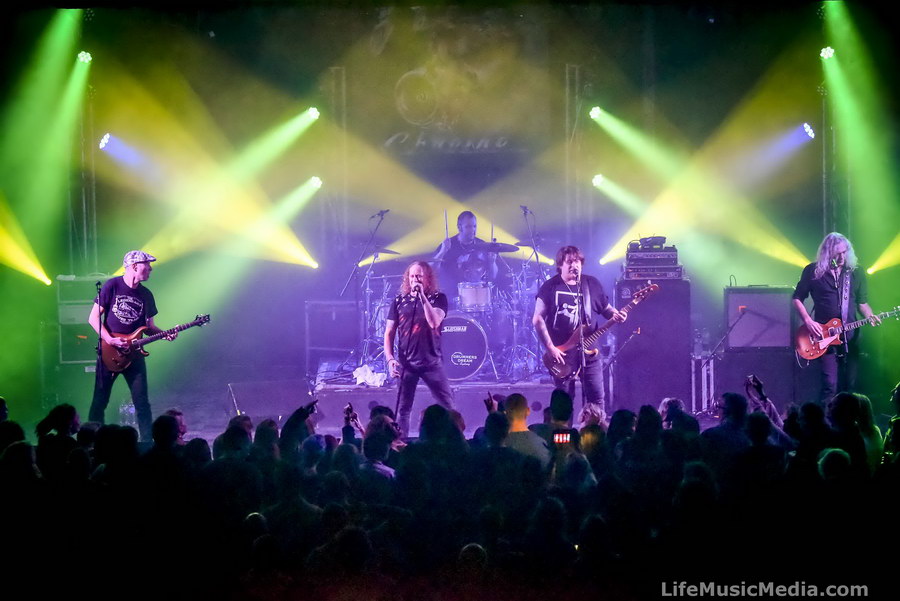