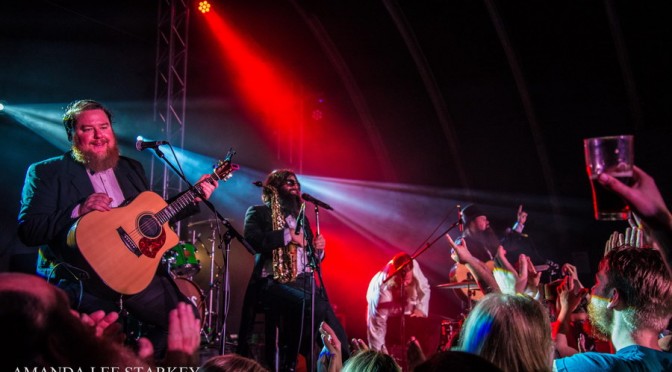 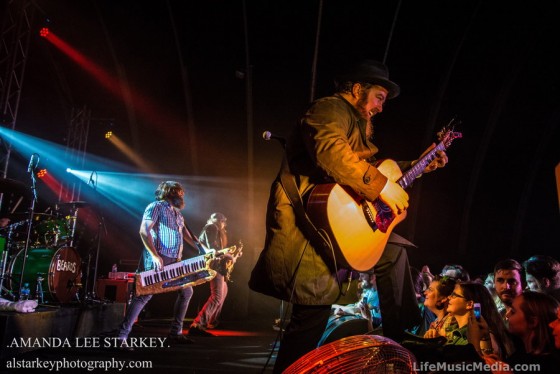 If you don’t have a beard or at least love beards then this evening you might just be in the wrong place. This evening is all about beard appreciation in all its forms. There are beard songs naturally, beard jokes, beard admiration and of course copious amounts of beard stroking with one hell of a display of masculinity.

If you are not familiar with the band The Beards they have constructed a whole music career on being five guys with exceptional beards that sing all about beards. Sure it’s gimmicky, but its is a gimmick that has seen them perform all over the world, release a number of beard themed albums and generally have a great time along the way.

Splitting the evening into two sets the first an acoustic the band are seated dressed sharply in tails, but still managing to create a minor frenzy- even if they could only afford one top hat amongst them. They promise the second set will be more of a party and they deliver as promised.

With songs about wizards, priests, beard lovers, beard haters, beard accessory shops and everything beard related the music is funny and a little tongue in cheek. Just don’t ask them to shave or sing about anything not beard- related ( unless you are Triple J ) because beards is what they are all about. Frontman Johan Beardraven is engaging and demands attention, however the rest of the band also do a pretty good job of making sure they all get noticed, with crowd interaction at times almost resembling a bizarre yet funny lumberjack convention gone awry.

The best of the bearded fans are even pulled up on stage for the crowd to admire them , including an exceptional lady beard sported by a young auburn haired woman.

All jokes aside the band are actually quite talented musicians with frontman Johan Beardraven impressive on the saxophone.

As Johan Beardraven, John Beardman Jr, Nathaniel Beard and Facey McStubblington are now winding up the band this is the last time to see them on stage and the cult following they have amassed will certainly miss them. For something that started off as a one time gig their comedic styling has taken them all over the world. In a world that can be full of anger and hate for two hours The Beards manage to take ‘Brisbeard’ to a place where fun exists, and that isn’t such a bad thing.