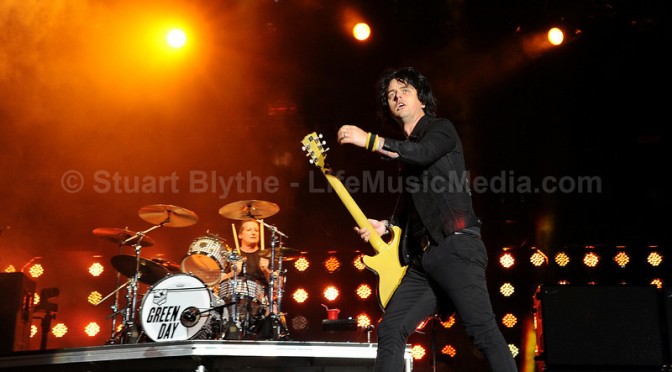 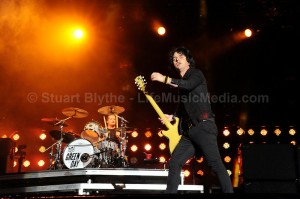 “Mon the Biff” – On Stage 1, Biffy Clyro gave everything they had and more! The shirtless, tattooed Scots rocking out a frantic set of favourites, fuelling the audience and setting a standard for the day ahead. Frontman Simon Neil captivatingly plays and sings and connects with the crowd. Ending on a high “We are Biffy f**king Clyro!“.

Over at Stage 4 an anxious crowd start losing patience for GWAR to hit the stage and reek havoc with their blood flood of a performance. One punter shouting “Get on stage and play some metal”. Moments later the carnage begins with blood aplenty and one of the craziest stage shows we’ve seen. … epic!

On stage 2, Alter Bridge started off with some powerful vocals and riveting lead on guitar. The experienced Myles Kennedy, best known for work with Slash, belting out some wicked vocals.

The fan favourite The Living End kicked it up a notch with the dedicated audience screaming every word they knew and pumping fists in the air. Also noted was that in nearly each song, Chris Cheney seemed to have a different guitar to rip out on. The classics and AC/DC ‘jailbreak’ tribute had an amazing atmosphere about them as they wound it up, delivering a great performance.

A Day To Remember made their presence felt with an energised set. Lead vocalist Jeremy Mckinnon ramped up the set and then literally surfed over the crowd inside a huge inflated beach ball. McKinnon precedes to tell everyone to go crowd surfing and many fans happily obliged.

Seattle four piece Alice in Chains hit the main stage wasting no time in delivering what we could only call an epic set.

Festival headliner Green Day attracted a massive crowd with the passionate Billie Joe quick to engage with the audience and keep up the energetic atmosphere for the huge *nearly* three hour set. Performing songs from there backlog of material offered plenty of sing-a-long moments. A few lucky fans were invited onstage and Billy Joe even giving a guitar away. For Green Day fans, it was the time of their lives.

As with any festival there is always going to be problems. Sure, there were delays on certain stages and sound technical issues on others but with the scale of the festival it would be futile to think every performance on every stage would go ahead without a glitch.

Given the sheer number of bands, distance between stages and the diversity of fans, Soundwave Festival has once again delivered a fantastic event.

Let’s hope this continues and we look forward to next year! 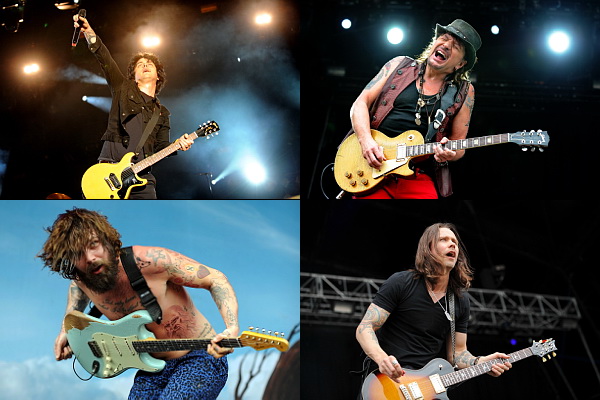 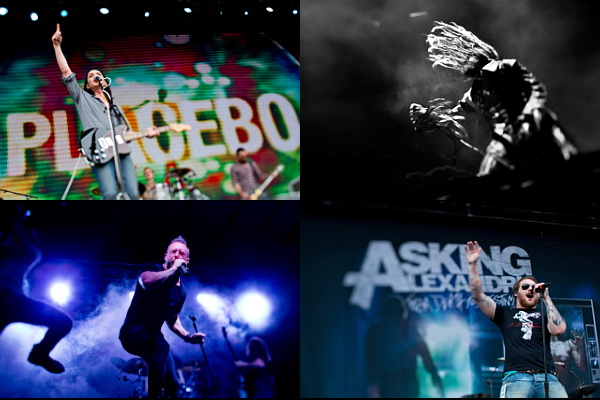